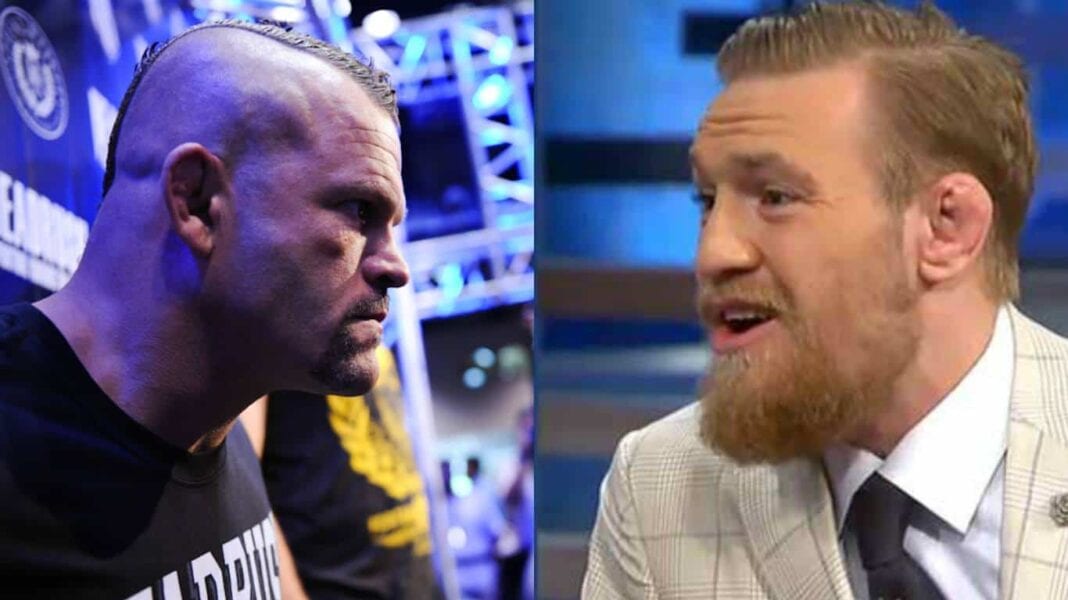 It’s no secret that featherweight champion Conor McGregor is the UFC’s biggest star as he steamrolls into 2016 on the heels of his insane 13-second knockout of Jose Aldo at UFC 194.

McGregor has reached that lofty position by mixing a perfect blend of in-cage fighting talent with peerless trash talk outside of it, but there was once a man who enjoyed similar success by mainly letting his flying fists do the talking.

That man is former UFC light heavyweight champion Chuck Liddell, who now works as the UFC’s vice president of business development after a scintillating streak of five straight title fight wins from 2005-2007. He’s often seen getting extremely invested in the fights cageside, and he understandably keeps a close eye on all things MMA nearly six years after his retirement in 2010.

Obviously he’s witnessed McGregor’s meteoric rise to the belt, and with a similar knockout-focused style as ‘The Notorious,’ there’s no surprise that he likes his fighting style. In a recent discussion with Yahoo’s Kevin Iole, ‘The Iceman’ said he’s been impressed by McGregor’s ability to back up his talk against an illustrious opponent like Aldo:

“I love the way Conor fights,” Liddell said. “How can you not? I mean, the guy delivers. I’ve been an Aldo fan for years, and he’s been such a great fighter, and Conor went out there and did what he said he was going to do.”

Yet while he may love his fighting style, Liddell isn’t supportive of how he promotes his fights in all of his media appearances. If McGregor can say what he says and deliver with a knockout in the Octagon, then the groundbreaking Liddell is willing to look past the talk he isn’t quite a fan of:

“I’ll be honest: I don’t like the way Conor talks. I’m not a fan of that. I get it. I understand it. It’s his way of intimidating guys and getting into their head. Everyone has their way of trying to get into the other guy’s head before a fight, and talking is his way. I don’t like it, but I can put up with all the loudmouth, crazy things he says when he goes out and fights like he does and gives you those kinds of finishes.”

Liddell may be becoming like many around MMA, who have seemed to have given in to acknowledging McGregor’s thunderous fighting ability in spite of his polarizing statements in the press. Love him or hate him, McGregor brings attention, excitement, and buzz like few have before him, and that’s something that can be appreciated by the man whom McGregor owe a lot to in ‘The Iceman,’ who arguably brought the UFC and MMA to the mainstream with his exhilarating wins.