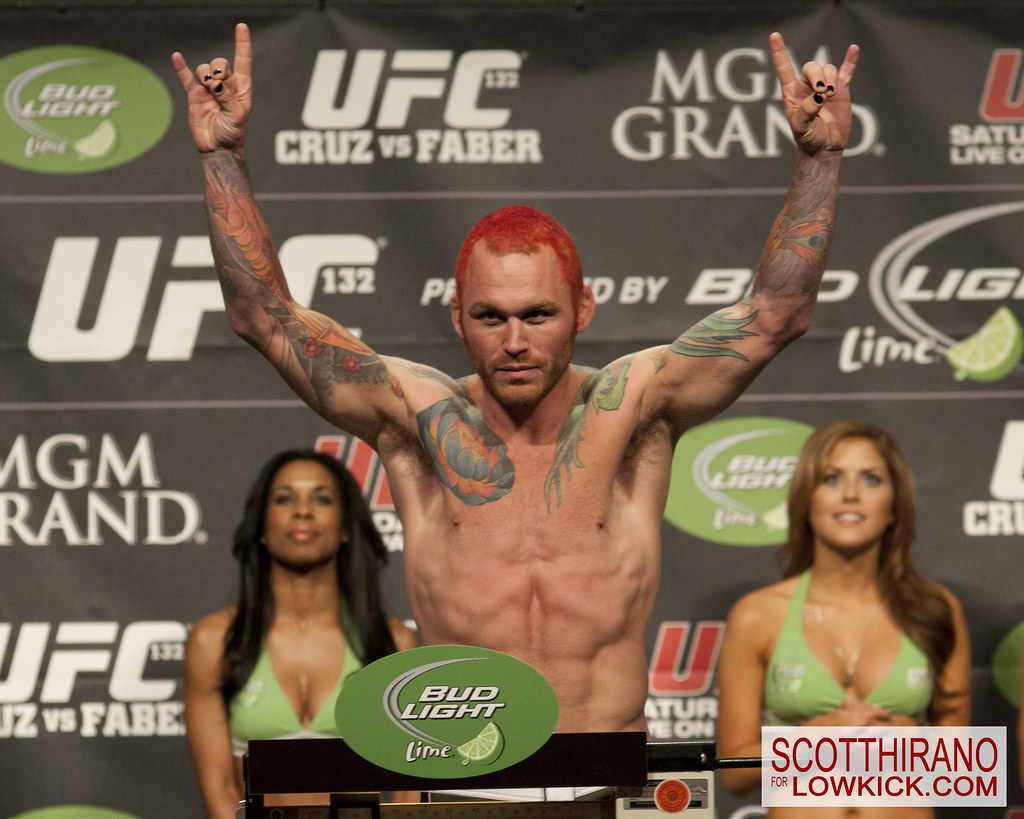 Chris Leben has spent 14 months thinking about his latest suspension after testing positive for drugs Oxycodone and Oxymorphone. In that last fight, he was stopped by Mark Munoz in the second round. But the loss wasn’t as hard on him as the world that was surrounding him. When he was caught, he didn’t try to lie. Instead, he fessed up and admitted that he was taking illegal drugs. Why? Because he desperately needed help and he wanted the UFC to know it.

“It’s been a long struggle, not just pain medicine, but drug and alcohol abuse, and I’ve had it through my entire career,” Leben said to MMA Fighting. “Some fights I was doing better than other fights. Things came to a head. My last fight was more of a cry for help.”

Yes, Leben knew things were going downhill and the moment it was revealed he tested positive, he expected every ounce of punishment handed down upon him. If it wasn’t for that, he wouldn’t be the changed man he says he is today.

“I knew I was going to get caught,” he continued. “I knew I wasn’t supposed to be doing what I did. Thank God for (UFC matchmaker) Joe Silva and (UFC President) Dana White. They helped me. I broke the rules. They suspended me for one year. It’s not like I was trying to cheat. I had a problem and an issue. They sent me to rehab. I needed a month of inpatient rehab, and went directly to outpatient treatment. I’ve continued to focus on my treatment. That’s a continual battle in that fight. I take it one day at a time. I haven’t taken a pain pill since. I’ve continued to be drug and alcohol free.”

On Saturday, Leben will begin his road to recovery and redemption against Derek Brunson at UFC 155. A victory is something that Leben doesn’t just want, he desperately needs it.

“I haven’t had a payday in a year. I’m broke. This fight marks a transition. Dec. 29 is the end of a rough year for me. I’ve got a lot of new things going on. Financially, I can become stable a little bit, so this is a very big transition. I really want to do well. I’d like to get that KO bonus. I’m shooting for it, but I need to get a victory, get the money in the bank, and make the most of my career for the next few years.”