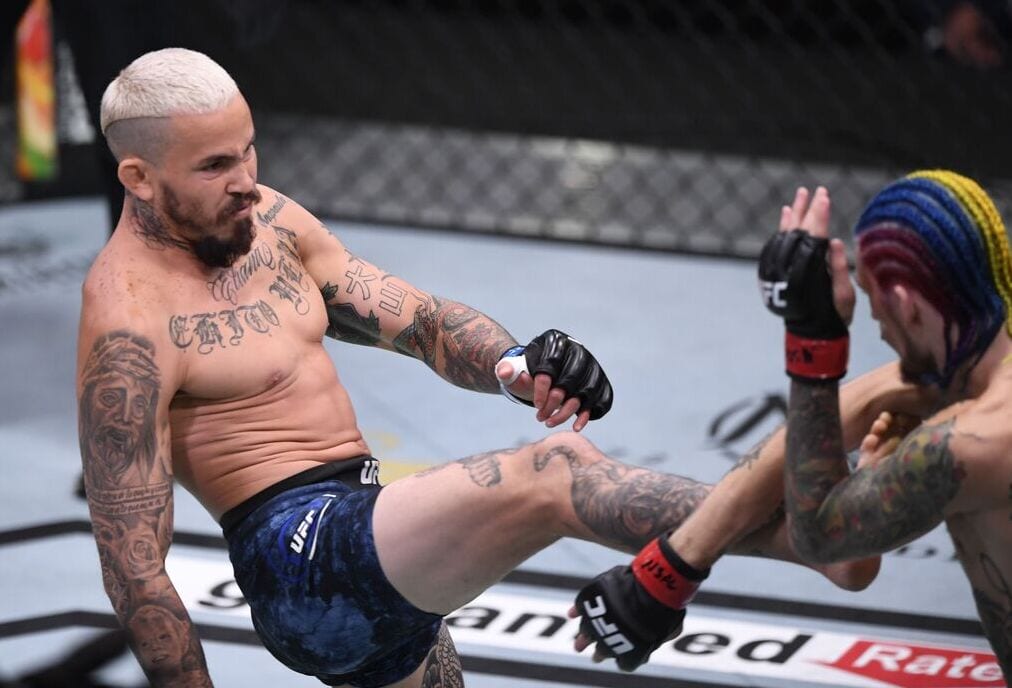 Marlon ‘Chito’ Vera became the first man to defeat the ultra talented, formerly undefeated ‘Sugar’ Sean O’Malley this past weekend at UFC 252, and he did so in a very impressive, violent fashion.

Going into the fight, O’Malley had all the hype in the world around him, and for a reason. He looked great early on against Vera, until his leg gave out and he couldn’t stay mobile.

This left many fans thinking it was somewhat of a freak accident, but it appears that it may have been a kick from Vera that made O’Malley’s leg give out after closer examining the fight.

‘Chito’ had the following to say about his fight with O’Malley and who he wants next to BJPenn.com:

“Now that the fight is over, he didn’t hurt his ankle. The x-rays came back clean. What I did to him, is basically when someone punches you in the jaw you go out. His legs went out. I don’t give a fuck what people think or say. There will always be haters. He went out. But, man if they don’t stop it I would’ve beat him worse in the second. Everyone has an opinion. It was a solid win and I am happy, I wouldn’t change anything.

“I am going to be honest, he quit. But, at the end of the day, I know my kicks are powerful and it fucked up his leg. His nerve went away when I kicked him.”

Though he defeated O’Malley via TKO in round one, many people have been calling for a rematch, but Vera has different thoughts for his next fight.

“Fuck no, fuck him. He has to go fight and prove himself. Let’s be real, he was fighting low-level competition. I want Jimmie Rivera next and that is what will happen next. There is nowhere he can run now or any excuses he can make.

“Right now, he has his back against his wall and can’t be picking his opponents. We have been scheduled to fight a couple of times, that is the fight to make. I would finish him. I will put the pace and pressure on him and I believe I finish him.”

‘Chito’ improved his professional mixed martial arts record to 16-6-1 with his win over O’Malley, and he’s now won six straight at 135 lbs. He’s 6-1 in his last seven, though the featherweight bout he had with Song Yadong back in May, literally everyone believes he won.

Nonetheless, that loss marks the sixth decision loss of his career, he’s never been finished, and he’s finished his last six wins. He’s actually finished all but one victory he’s had in the UFC. Jimmie Rivera is also a great match up for his next fight, he just returned for this first time in 13 months last month and picked up a unanimous decision victory over Cody Stamann.

Who would you like to see Marlon ‘Chito’ Vera fight next?