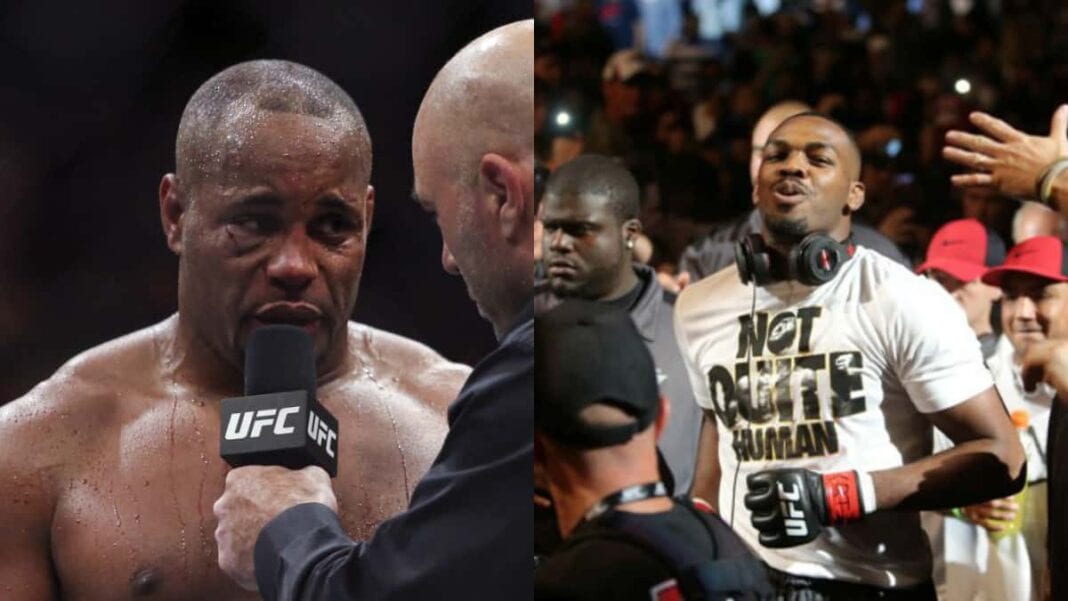 Not surprisingly, interim light heavyweight champion Jon Jones is ramping up the trash talk on arch rival Daniel Cormier heading into their long-awaited rematch in the main bout of July 9’s UFC 200 from Las Vegas, Nevada.

After Jones beat Cormier by decision at January 2015’s UFC 182, he was unceremoniously stripped of the title after he agreed to a plea deal on felony hit-and-run charges that left a 25-year-old pregnant woman with a broken arm in his second home of Albuquerque, New Mexico. A path was opened for Cormier to win the vacant title, and he did by beating Anthony Johnson at UFC 187.

The two were supposed to settle their differences at last month’s UFC 197, but a leg injury to ‘DC’ forced Ovince Saint Preux to fill in for Cormier, and he lost a one-sided decision to the ultra-talented icon.

When UFC featherweight champion Conor McGregor was pulled from his main event rematch with Nate Diaz at UFC 200, Jones vs. Cormier 2 became the new main event for the summer blockbuster even though Jones had a potential six-month medical suspension and Cormier’s health was still a question mark.

READ:  Dana White Discusses Decision To Cut Luis Pena & If Jon Jones Might Be Next

But for now, the two bitter enemies are set to collide once again and finally settle their rivalry, so Jones got on Instagram to blast his No. 1 counterpart with a jab at their now-infamous brawl at the UFC 178 media day in 2014, and also at Cormier’s supposed wrestling advantage based on their first bout. Check it out: