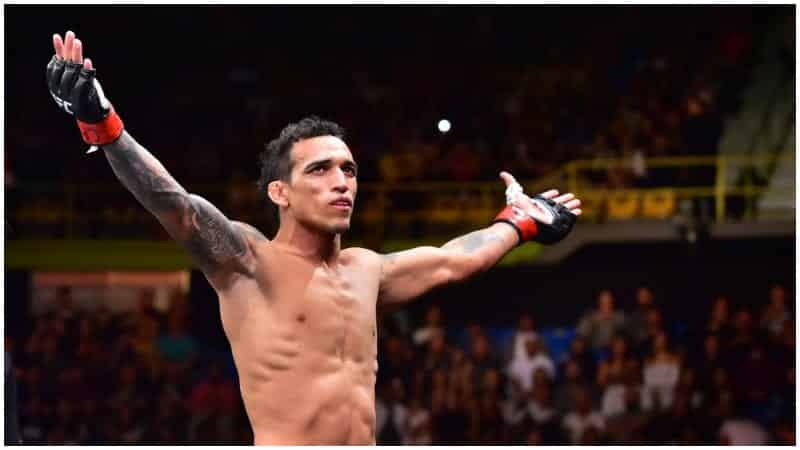 The new UFC Lightweight champion Charles Oliveira hasn’t yet closed the door on making a return to Featherweight where he began his run in the UFC.

During the UFC 262 post fight press conference, Oliveira expressed that he still believes he could compete in the division in future.

“Me and my camp talk a lot about this and I still feel like a featherweight,” Oliveira said. “If Dana White gave me the opportunity to go back down to featherweight and win, I’d take it.”

Charles Oliveira started his UFC run at Featherweight with mixed results. Amongst several losses, he also struggled at times to make weight leading to his inevitable move in division to Lightweight.

Once in the mix at Lightweight after taking a loss in his divisional debut, Oliveira appeared unstoppable netting together an eight-fight win streak, the highest active win streak in the division.

Holding the title at Lightweight it does seem unlikely that we will see Oliveira return to Featherweight, but according to his comments, there is still a chance.