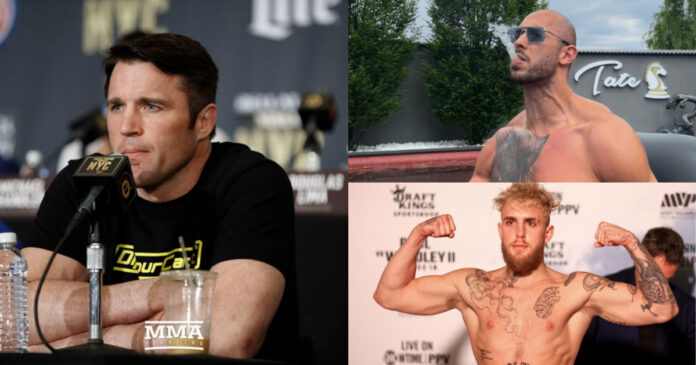 Jake Paul has now seen his few attempts to secure a boxing match against either Tommy Fury or Hasim Rahman Jr. fall through. Fury has withdrawn a couple of times now, the most recent being due to him being denied entry to America, likely due to his family’s connection to drug kingpin, Daniel Kinahan.

Rahman Jr. was a late replacement for Fury. However, Paul withdrew from the fight a week out due to a dispute around weight when it became apparent Rahman Jr. would be unable to make the agreed 200lb limit. There have been several accusations thrown out by either team to the exacts so it is difficult to tell how the situation actually played out.

Now you may think it would be easy for Paul to find an opponent as there are countless fighters who have expressed interest in fighting him, but to fight Paul, he must fit a certain amount of criteria. You must, above all, have some kind of ‘clout’, whether it be a big name in combat sports or a large following on social media.

Former UFC fighter, Chael Sonnen, who has taken a big leap into the YouTube and social media side of things has really involved himself in the Paul saga. Sonnen feels that the best option for Paul is to face controversial social media sensation, Andrew Tate.

“Andrew Tate made a video — he did it terribly well,” Sonnen began. “He did it about two months ago, [and] he called out Jake Paul. But in those last two months, Tate has exploded. He’s been discussed on the Joe Rogan show, I’m discussing him now, [and] Logan Paul – Jake’s brother – discussed him this morning… All of a sudden, [he] meets the criteria that Jake is looking for, which is people are interested in him, and he brings a base.” (H/T SportsSkeeda)