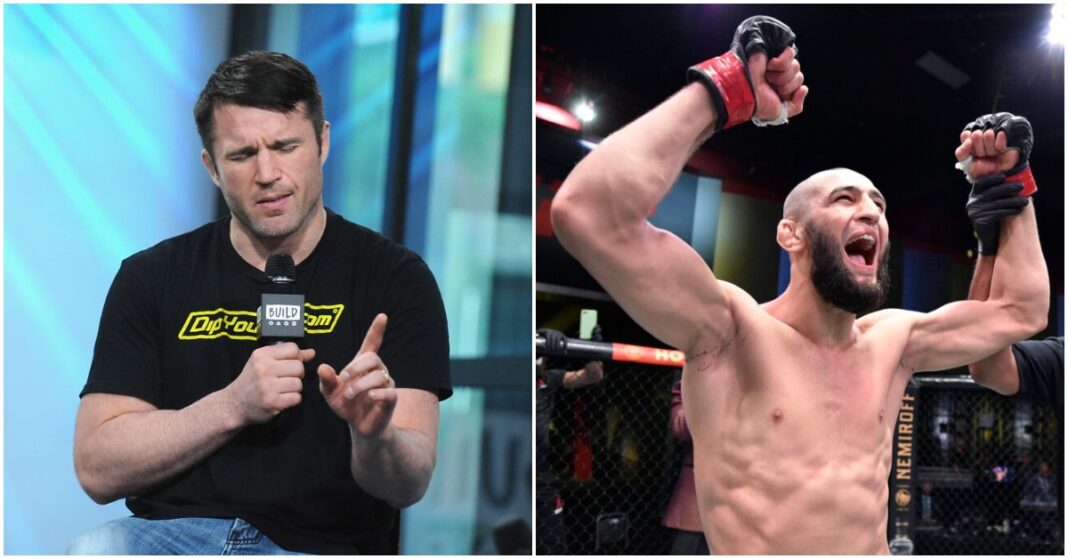 Chael Sonnen has revealed that he shares the opinion of former UFC champion Daniel Cormier that in the short term Khamzat Chimaev would benefit from remaining a mystery to the media.

Ahead of UFC 273 this Saturday, a vast amount of hype and speculation has built around the undefeated Khamzat Chimaev as he looks to pass his greatest challenge yet in Gilbert Burns. If ‘Borz’ can successfully best Burns he could propel himself into a title shot against Kamaru Usman very quickly.

Recently Chimaev has formed an allegiance with Darren Till with the pair appearing frequently on social platforms in recent times. Despite receiving major fan interest following the release of this content, both Daniel Cormier and Chael Sonnen believe it would be in Chimaev’s best interest to take a step out of the limelight.

Speaking on his YouTube channel, Chael Sonnen had the following to say about Chimaev:

Speculation surrounded how beneficial the friendship and social media appearances would be for Chimaev however it is hard to say the impact it could have. If Gilbert Burns can beat Chimaev this weekend many fans will associate the loss with everything going on outside of the octagon for the undefeated prospect. However, that would downplay the ability of Gilbert Burns who is ranked second in the welterweight division currently for a reason.

One thing is for certain Chimaev’s only focus will be on smashing through Burns this weekend and staking his claim as a real contender in the 170-pound division. The question is, can he, do it?