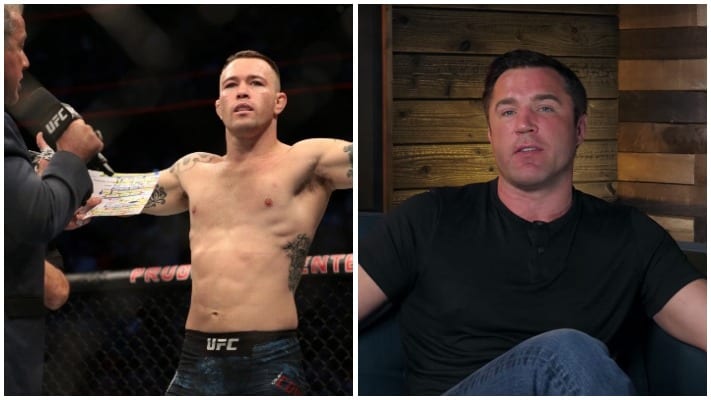 All everyone has been talking about since the conclusion of UFC Newark this past weekend was Colby Covington’s train insult directed at Matt Hughes. However, Chael Sonnen has suggested they both may have been in on it.

Following his win over Robbie Lawler, Covington decided to take a shot at Hughes — who is notably a mentor and close friend to Lawler — about his train accident back in 2017.

Many were appalled by the comment, though to his credit, Hughes was cool about the barb. But his response leads Sonnen to believe that he may have been in on it, particularly given his relationship with Dan Lambert — Covington’s manager as well as the owner of American Top Team.

“But Matt Hughes in real life is best friends with Dan Lambert. Dan Lambert is not only Colby’s manager and mentor — Dan owns the American Top Team. So I don’t believe that Colby would be able to just go out and insult with such a dirty line. I don’t believe he would go out and do that to Matt Hughes, unless there was a little discussion ahead of time. None of which I can prove happened. But that was my takeaway.“

What do you think of Sonnen’s theory?