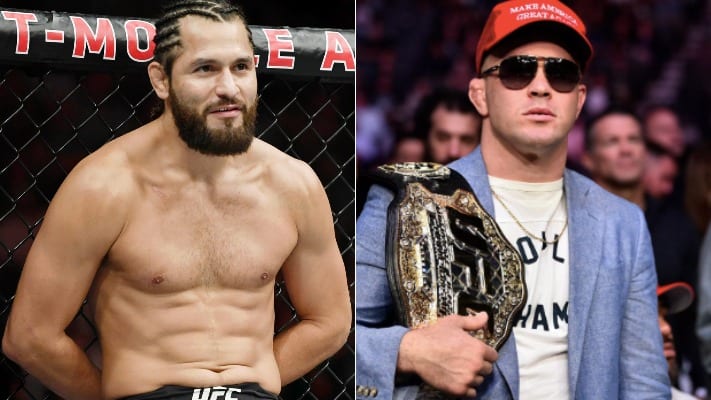 Following his win over Robbie Lawler this past weekend, Covington took a shot at UFC Hall of Famer Matt Hughes, who also happens to be close friends with Lawler.

Many in the mixed martial arts world were shocked by the comments. Hughes would react himself soon after, and to his credit, took it in stride. However, in a recent live stream Q&A, Masvidal said the comments were not even remotely funny.

“He did? I didn’t see that,” Masvidal said (via MMA News). “That’s not even remotely funny. That’s the stupidest sh*t I’ve ever heard if that’s real. …Super distasteful. Whatever, that’s kinda stupid of him.”

Masvidal and Covington were former roommates and training partners, and despite the latter’s claim that they are still best friends, it appears that things have become a little hostile between the two. However, it should come as no surprise either as the pair are on a collision course.

What did you think of Covington’s dig at Hughes?