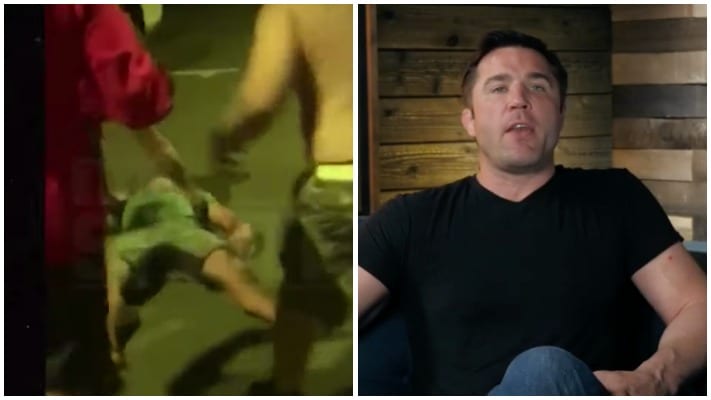 BJ Penn is tarnishing his own legacy by continuing to engage in street fights according to Chael Sonnen.

Penn went viral earlier this week after footage showed him getting in a brawl with a civilian in Hawaii. In one of the clips, he was even knocked out cold by the civilian. To make matters worse, this wasn’t the first instance of him getting into a street fight this year.

Coupled with having the longest losing streak in UFC history, many feel Penn is ruining his own legacy both as a fighter and a person. Sonnen is one of them:

“”You have to have some level of respect to the commitment and determination for BJ Penn to dismantle his legacy in such a rapid way,” Sonnen said in a recent video. “You look at BJ, so accomplished, talented, likeable, handsome, memorable, well-known. And to try to undo all of that on his own. Just being out in a bar at 40 years old with children is a little bit weird.

“You’re getting knocked out by a drunk guy with no training. Is there anything that you can do with more of a resilient dedication to tarnishing your own reputation. And you’re getting this from a guy who likes BJ Penn.”

You can see Sonnen’s full reaction below:

Do you agree with Sonnen that Penn is continuing to tarnish his own legacy with incidents like this?