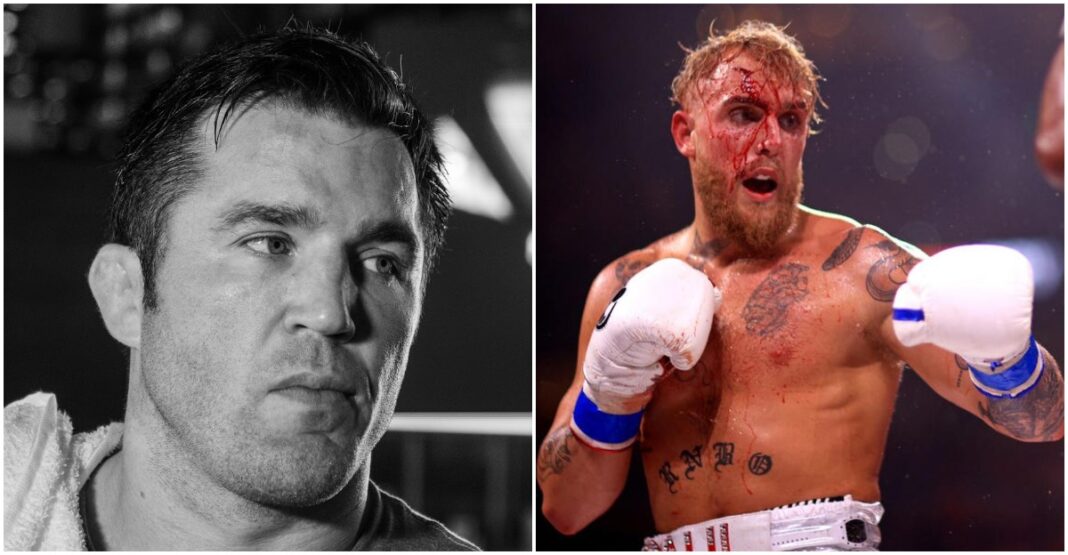 Chael Sonnen played devil’s advocate in his latest Youtube video detailing why he believes Jake Paul is the most feared man in boxing.

The Youtube sensation-turned-boxer has been under heavy judgment in the past year for handpicking favorable matchups and not sharing the ring with legitimate boxers. Paul has boasted multiple times that he’s sparring highly-skilled professional boxers and leaving the sparring sessions with the edge.

Paul holds an impressive undefeated (5-0) between the ropes, with a highlight-reel display for the ages. The twenty-five-year-old holds victories over fellow Youtuber Enson Gib, Nate Robinson, and credible victories over former MMA world champions Ben Askren and Tyron Woodley. In recent days, Paul has attempted to add another world champion to his résumé in Michael Bisping.

Fans struggle to see Paul’s drive with constantly calling out retired, old and injured fighters such as Bisping. It’s no secret that Bisping has one eye, fake knees and a beat-up body from the years of dragging his body through hell. Still, Bisping’s former opponent, Sonnen, had a different view of Paul’s moves inside the boxing ring.

Sonnen asks why no legitimate boxers haven’t called for a fight with Paul, stating that he considers that the ‘real’ boxers could be avoiding meeting Paul in a fight. Furthermore, giving Tommy Fury withdrawing from their scheduled contest as an example and touting Paul as the most feared man in boxing:

“Jake is not only looking for spoofs, he’s willing to get in there with top boxers. If you’re still on the anti-Jake Paul bandwagon that’s okay he doesn’t mind, I don’t mind. But, if you’re going to do it, there has to be a level of sincerity and genuineness that we have to show… Jake went in there after Fury, who’s a second-generation guy. He doesn’t have a beautiful record, but he was the right age, he was of the right size, and he is disciplined only in boxing.”

Chael Sonnen added, “He serves every criteria that you guys are asking for. It wasn’t Jake that pulled out of that fight, don’t forget that. Jake has asked for Canelo, Jake has never rescinded that offer to Canelo… They don’t want to fight Jake. If you don’t like the people Jake’s calling out, fair game. But, why don’t you get one of these people you want him to call out, to instead call him out? Until we get to that point, I’m right. Right now, Jake Paul is the most feared man in boxing.”

What do you make of Chael Sonnen’s comments?