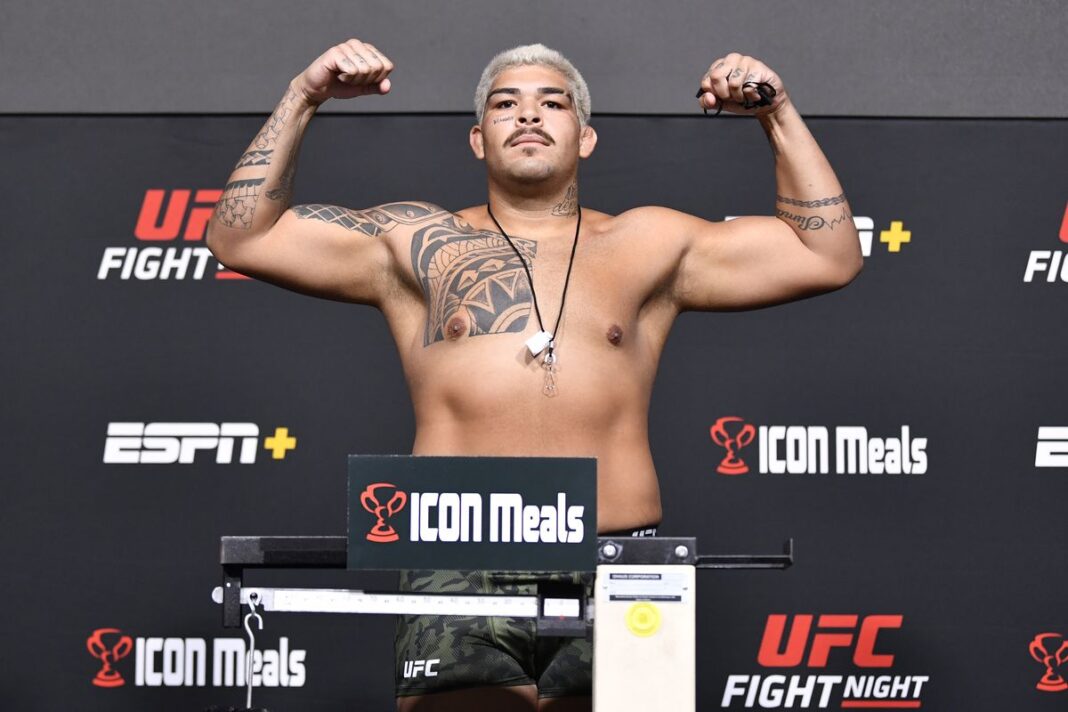 Carlos Felipe, the UFC heavyweight who recently took on Andrei Arlovski at UFC Vegas 40 last October, has been suspended by the Nevada State Athletic Commission (NSAC) for returning a failed drug test following that fight.

The NSAC announced on Tuesday that Felipe tested positive for an anabolic steroid and its metabolites, Boldenone. The Brazilian and his team reached an agreement with the commission that included a fine of $4,200 (15% of his purse) and $489 in prosecution fees. He must also be subjected to pre-fight drug testing 30 days, 15 days, and 3 days ahead of his next appearance, should it happen to be in Nevada. However, because his suspension is retroactive to the date of the failed test, ‘Boi’ will be eligible to fight again on April 16th, 2023.

Felipe’s manager, Tiago Okamura, told Guilherme Cruz of MMA Fighting that his client agreed to the sanction despite him denying any wrongdoing. According to Okamura, the cost of defending against the charges would have reportedly been around $10,000, which was “not something realistic for Carlos.” Instead, the fighter and his team accepted a reduced fine and suspension.

This is the second time Felipe has been suspended for a failed drug test. Prior to his UFC debut in 2017, the 27-year-old was suspended for two years by the United States Anti-Doping Agency (USADA) after testing positive for metabolites of another anabolic steroid; this time, stanozolol. He completed his suspension and debuted at UFC Fight Night: Figueiredo vs. Benavidez 2, where Felipe dropped a majority decision to Sergey Spivak.

Felipe subsequently rebounded with three wins over Yorgan de Castro, Jake Collier and Justin Tafa before losing a said match to Andrei Arlovski. USADA has not yet commented on Felipe’s suspension, but it’s possible that he could be facing as much as a 4-year sanction from the UFC’s drug testing partner as a result of this second incident. If Felipe is going to mount any kind of defense to maintain his innocence, that may be the more meaningful place to focus his finances.

Do you think Carlos Felipe should’ve faced a harsher penalty as a repeat offender?