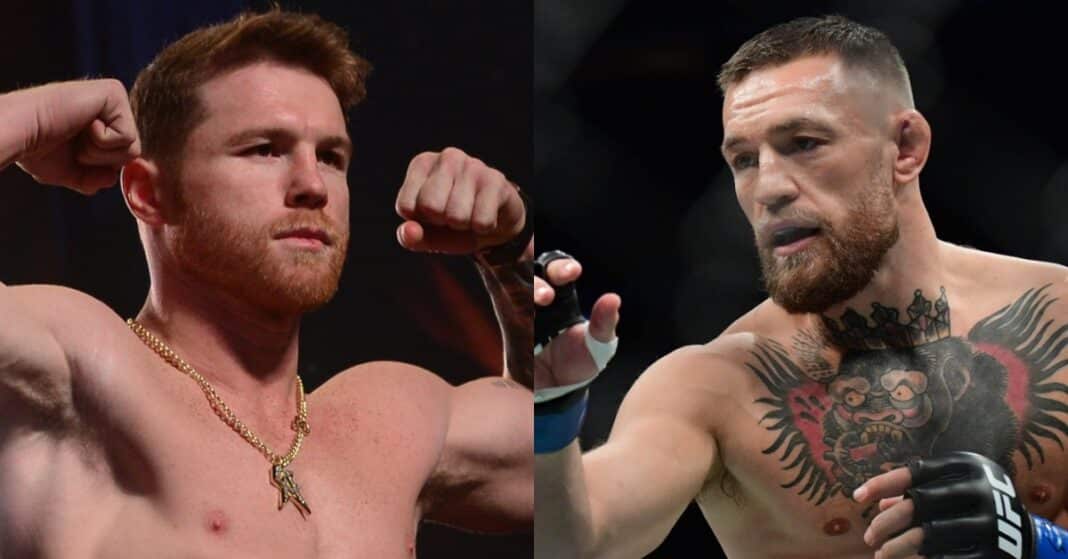 Legendary boxer Canelo Alvarez isn’t putting too much stock into a potential fight with Conor McGregor in the future.

Alvarez is set to face Caleb Plant in his latest test in the boxing ring this weekend and is still in the prime of his career at 31 years old. McGregor is currently recovering from a nasty leg injury he suffered against Dustin Poirier at UFC 264 earlier this year.

But McGregor has hinted at returning to boxing at some point and was close to fighting Manny Pacquiao at one point. Despite McGregor’s striking prowess, Alvarez doesn’t think that he would have much to worry about in a potential fight with McGregor in the ring

McGregor last boxed against Floyd Mayweather, a former opponent of Alvarez’s in 2017. He would lose via TKO despite appearing to land some powerful blows early in the fight.

Alvarez is widely regarded as arguably the best boxer to walk the earth right now, alongside Tyson Fury. Alvarez has accumulated an astonishing record of 56, with his lone loss to Mayweather earlier in his career.

McGregor is at a bit of a crossroads in his combat sports career. He’s previously stated intentions to return to the UFC sometime next year, but a potential money fight with Alvarez could also be on the table.

Alvarez has also been the target of UFC welterweight champion Kamaru Usman, who called him out during UFC 268 media day in New York. It sounds like Alvarez could be well on his way to facing a UFC star for one of his next fights in the boxing ring.

How do you think a Canelo Alvarez vs. Conor McGregor boxing match would play out?