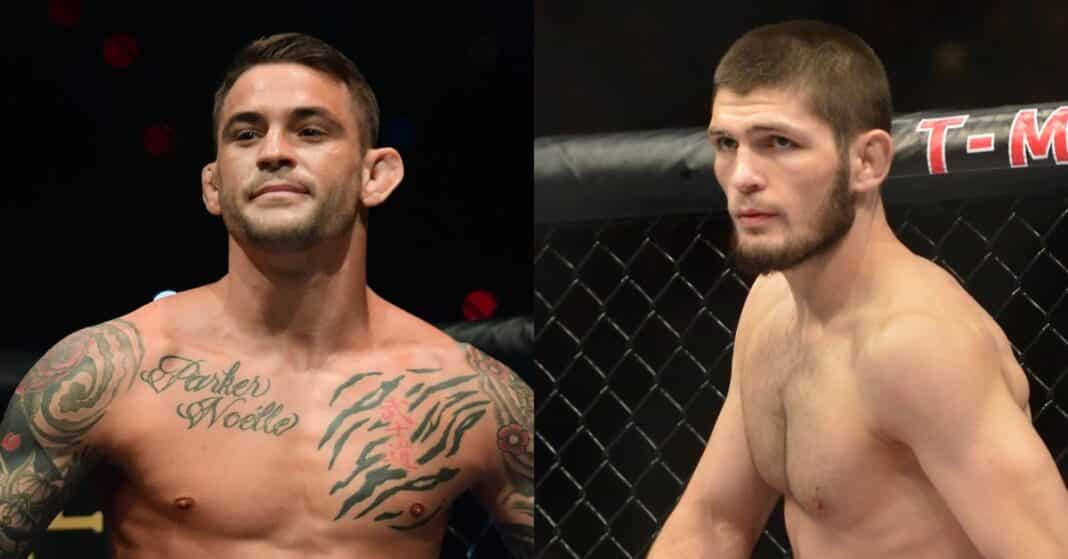 Poirier fell short of his first UFC title at UFC 242, losing to Khabib Nurmagomedov by third-round submission. He had some relative success early on in the bout and nearly trapped Nurmagomedov in a guillotine choke.

Nurmagomedov had always been known for his other-worldly wrestling prowess, as he showcased against Poirier and others. Poirier praised Nurmagomedov during a recent interview with Valuetainment.

Despite falling short against arguably the greatest UFC fighter of all time, Poirier will get another shot at gold at UFC 269 against Charles Oliveira later this year. He’s earned back-to-back stoppage wins over Conor McGregor along with an impressive showing against Dan Hooker at UFC on ESPN 12.

Nurmagomedov retired from MMA following his title defense against Justin Gaethje at UFC 254. Nurmagomedov and Poirier have always had respect for one another, even in the midst of competing.

Poirier will look to reign in a new era in the UFC’s lightweight division and seek vengeance for his earlier loss to Nurmagomedov.

Is Khabib Nurmagomedov the greatest grappler in UFC history?