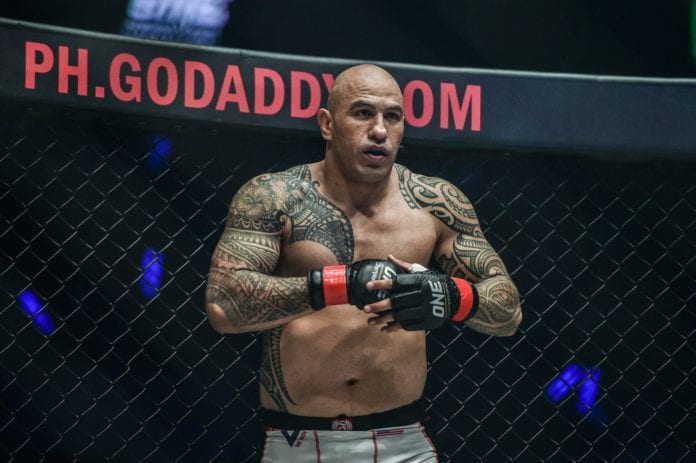 Print the posters, book the venue, and match the fights; it’s time to bring ONE Championship to the USA, according to ONE heavyweight champion Brandon Vera.

In an interview with MMAJunkie, Vera opened up on how sees ONE’s potential state-side debut unfolding.

Until the coronavirus outbreak ONE had been building towards hitting the US market, however, the state the world is in at the moment means ONE’s US debut is likely to be pushed back until 2021 at the earliest.

Nevertheless, Vera feels that when ONE does touch down in the States, the company’s ethos will quickly resonate with martial arts fans.

“What ONE Championship is offering now is what Pride had with six turbos on it, and nitrous ready to kick in. I think the US of A would love this product and absolutely adore it as soon as it hits the stands,” Vera exclaimed.

“I think America would eat it up, especially as this time, people are looking for a guiding light, somethings that’s shining and something that is not fake or a front it’s not a sideshow, it’s really real. So I think the American crowd, especially right now, could use this in our lives. Its something that, man the universe is drawing us to it, its time,” he added.

ONE’s doors may be currently shut, but it doesn’t mean it’s not open for business. The company has been signing fighters left, right, and center over the past few weeks, and, according to Vera, there is still a queue of fighters looking to sign with the promotion.

“I can tell you at least 70-80 percent of all athletes have been calling emailing, texting, facebooking … trying to get on the ONE Championship roster one way or the other.

“I am talking about guys from other organizations, you know it, you have heard the rumors, guys in the top ten in different weight classes ready to move on,” Vera said to MMAJunkie’s Simon Head.

Only time will tell how ONE will do in its attempts to break into the lucrative US market. It will not be easy, but if ONE can crack the code, the rewards will be well worth the effort.

How do you think ONE will do in the USA?