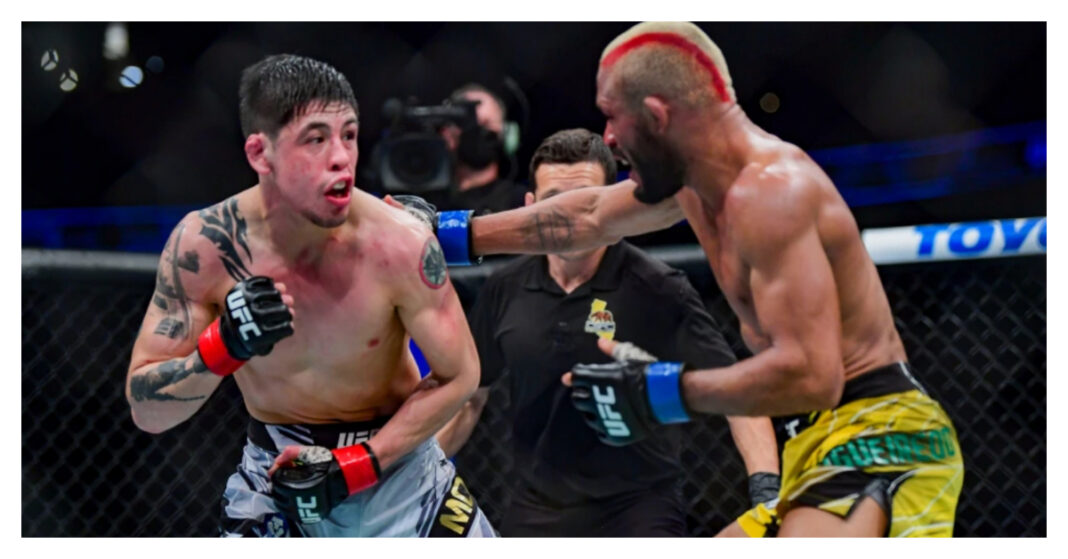 Brandon Moreno does not understand why Deiveson Figueiredo would turn down a fourth fight against him.

Former UFC Flyweight champion Brandon Moreno has faced off against Figueiredo three times with their latest outing happening in January at UFC 270. After a close-fought contest that saw Figgy dethrone Moreno to reclaim the title, ‘The Assassin Baby’ called for a fourth fight between the pair.

While it’s not as uncommon to see two athletes compete against each other twice, having a third fight between the same two guys rarely happens, if ever, and a fourth fight seemed to be out of the question. However, interest from the UFC was still there to put Moreno and Figgy together another time.

Brandon Moreno doesn’t get why Figueiredo turned down the fight

Initially expecting to get a shot at the reigning 125-lbs king, Moreno was matched up with the rising Kai Kara-France following an impressive win over Askar Askarov at UFC on ESPN 33. The 28-year-old stands equally matched against Figgy with a win, loss, and draw each in their three bouts.

In a recent appearance on The MMA Hour with Ariel Helwani, Brandon Moreno expressed his confusion at Figueiredo’s decision to demand more money to decline another outing with him.

“He wanted like I don’t know what he wanted to be honest, but he said no. I felt a little bit frustrated because I mean I’m lying to you if I’m saying I’m not here for money because I love money too. I love to buy stupid things. Imagine the legacy, right, the fourth fight against somebody, the first one in mixed martial arts history. That sounds amazing, obviously, I’m crossing the fingers to watch him again in the future but I don’t care man. I’m still focusing in Kai Kara-France right now.”

While he tried to refrain from any trash talk, he spoke openly about his frustrations with Figgy’s decision.

“I don’t know what he’s thinking right now, I don’t know it’s like really for the money or he’s a kind of a scared. I don’t want to say he’s scared, too much trash talk. I’m sick of trash talk with this guy, I’m done with that but I don’t know man, he just doesn’t want to fight and that’s it.”

During the same interview, Brandon Moreno was asked about the possibility of not facing Figueiredo again as the Brazilian hinted at a move up to bantamweight. With Figgy being on the sidelines healing from an injury, Moreno sent a message appealing for him to care about the legacy they could make together.

“Yes man, I’ll be disappointed because again just imagine the legacy man, the history, I mean wow,” he said. “If Figueiredo is watching this or maybe can watch this in the future, man, just stop to say stupid things, just wait for me, and see you in the future, man. More than money, more than whatever, legacy brother. We can make it together. He’s my partner, he don’t understand he’s my partner.”

Would you like to see Brandon Moreno vs. Deiveson Figueiredo 4?