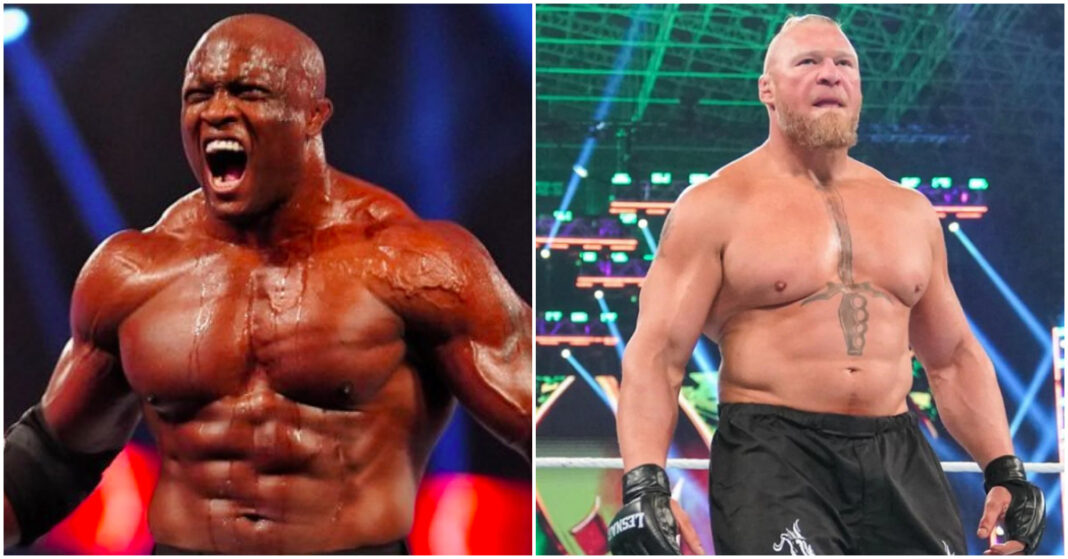 Just days ahead of his upcoming WWE Championship bout at Royal Rumble with Brock Lesnar, Bobby Lashley weighed in on who he thought was the better mixed martial arts fighter between the two.

In a recent sitdown with Ariel Helwani on his show, The MMA Hour, Lashley was asked who he thought was the more skilled MMA fighter. The question was initially met with some hesitance but ultimately, ‘The Almighty’ had to go with himself.

“Without trying to disrespect him, I don’t know what he’s capable doing as far as, like, skill wise because I don’t know. Afterwards, I taught boxing, I taught jiu-jitsu at my gym.” Lashley continued by saying, “as far as skill for skill and knowledge for knowledge, I have a lot more than he does.”

Lashley went on to discuss the early days of his MMA career and the way he approached combat, saying that he was a student of the game who trained with the mentality that he was always there to sharpen his skills in some way.

The last time Lashley fought in an organized MMA fight was at Bellator 162 in 2016 when he defeated Josh Appelt. Lashley fought for the promotion a total of five times and won every contest by finish.

Lashley ultimately chose to fight with Bellator because president Scott Coker allowed for him to compete in WWE while still under contract. It was announced in 2018 that Lashley was still under contract with the promotion, but he has not fought since as he has shifted his focus back to pro wrestling full time for now.

Who do you think wins the heavyweight showdown between Bobby ‘The Almighty’ Lashley and ‘The Beast Incarnate’ Brock Lesnar?