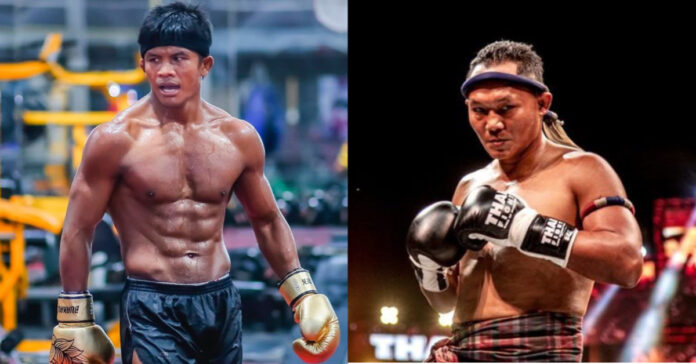 Buakow and Saenchai will be headlining a Bare Knuckle Fighting Championship event labeled “A Clash of the Muay Thai Legends” on March 18th.

The two legendary fighters are known to be close friends and even training partners, but they will be squaring off in a bare knuckle Muay Thai match. Many fans of the sport are already calling this, the “biggest match in Muay Thai history“.

There has been no word whether the bout will be an exhibition match or not, but many speculate that it will most likely be one. Buakaw fights at a heavier weight than Saenchai, so it is speculated that the matchup will be a catchweight bout as well.

Buakaw recently made his Bare Knuckle Fighting debut in September

Buakaw (40) beat his opponent, Erkan Varol by knockout in just the first round of the bout. He landed a devastating body shot on Varol and dropped him with it. Varol was unable to return to his feet and continue fighting. Buakow has a kickboxing record of 240-24, with 73 of his wins coming by way of knockout.

Saenchai (42) has not had a fight in Bare Knuckle Fighting Championship yet, but carries an impressive kickboxing record into this bout as well. He comes in with a record of 327-41, with 41 knockouts of his own.

“Once we started working with ‘Buakaw’ and ‘Saenchai’ earlier this year, it became very apparent how big of an international, game-changing event this would be for combat sports,” said David Feldman, President of BKFC. “They’ve both had legendary careers and competed in many of the most exciting Muay Thai fights in history. Combat sports fans have always had very strong opinions about who would win, now they’re going to take the gloves off and finally settle their score.” (Transcribed by FightbookMMA.com)