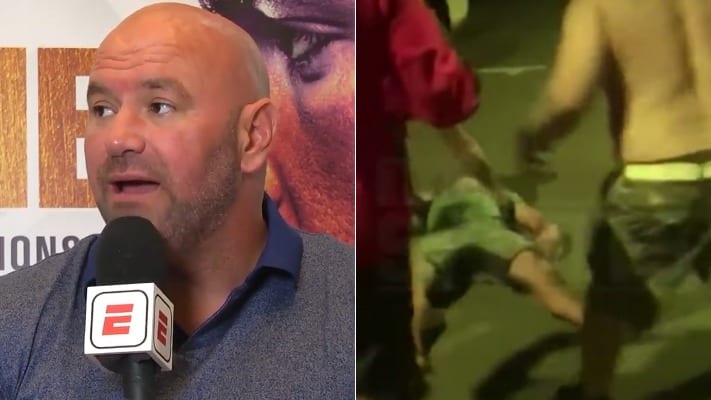 BJ Penn won’t be fighting again under the UFC’s banner. His recent street fight knockout going viral online was the final straw in the UFC Hall Of Famer’s career.

Speaking to ESPN’s Brett Okamoto recently, UFC President Dana White confirmed that, after seeing the video, he can’t allow the Hawaiian to step into the Octagon again. (H/T MMA Junkie)

“He won’t fight again. That’s it. That’s a wrap,” White said. “It’s not even that this was the last straw. I didn’t love him continuing to fight anyway. But when you have the relationship that he and I have, and he’s getting me on the phone begging me for another fight, begging me for another opportunity, it’s hard for me to turn him down.

“But after what I saw on that video, B.J. needs to focus on his personal life and get himself together before he thinks about fighting again.”

White admitted that he has yet to inform Penn of the news personally. But he hopes that he takes the steps necessary to work on himself after his recent issues. He also noted that, should Penn need anything, all he has to do is pick up the phone.

What do you think about White pulling the plug on Penn’s career after his streetfight KO loss?