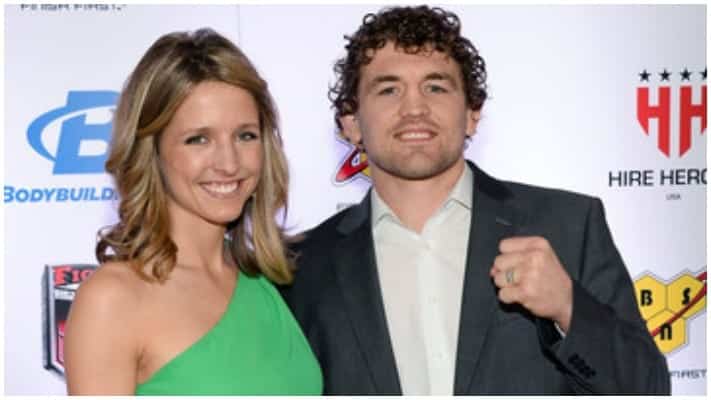 Paul transitioned to boxing in 2020 and enjoyed great success against extremely low-level opponents. The 24-year-old most notably knocked out former NBA player Nate Robinson on the undercard of Mike Tyson vs. Roy Jones Jr. He has since turned his attention to facing MMA fighters.

Last week it was announced Paul will face off against former Bellator and ONE Championship titleholder Askren in his third professional boxing match-up.

Askren is mostly known for his elite-level wrestling. He will end his retirement on April 17 and box professionally for the first time live on Triller pay-per-view.

In a recent interview with TMZ, Paul admitted he had been DM’ing his opponent’s wife.

“I’ve been DM’ing his (Ben Askren’s) wife a little bit on Instagram but I haven’t been talking to Ben at all,” Paul said. “She called me handsome so, I don’t know, seems kind of crazy. Who knows what’s going on over in the Askren house right now.”

Paul later called Amy Askren ‘thicc’ and suggested after the fight he may steal his opponents wife.

“This is laugh out loud awkward!!! But yes @jakepaul I find my wife very attractive also LOL,” Askren wrote on social media.

Askren later asked his wife about her newfound internet fame and how she felt about being described as ‘thicc’ – check out what she had to say below.

Do you think Jake Paul went too far with his comments about Ben Askren’s wife?