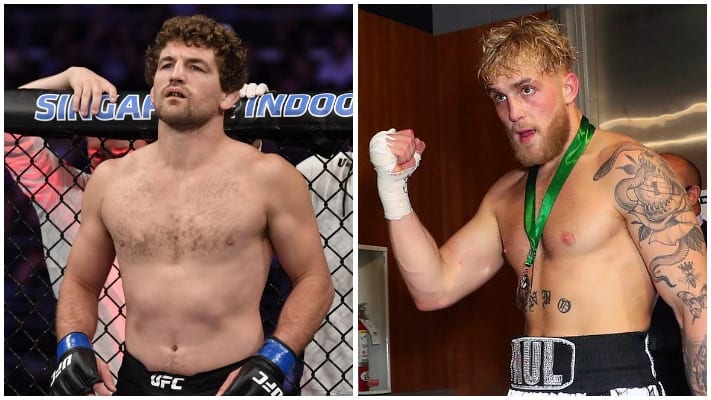 YouTube celebrity turned professional boxer Jake Paul is set to take on retired MMA fighter Ben Askren on April 17 according to a report from Ariel Helwani.

“Jake Paul will fight Ben Askren in an eight-round pro boxing match on April 17, per Triller founder Ryan Kavanaugh,” Helwani wrote on social media. “The fight will serve as the main event of the next Triller Fight Club card. Location TBD. Done deal.”

Askren, who is set to make his boxing debut at the event promised Paul is in for “a rude awakening”.

“I know Jake Paul is enjoying pretending he is a fighter,” Askren said. “I think on April 17 he is going to have a rude awakening to what being a fighter is really like. Jake has led a privileged life and doesn’t really know what the meaning of being a fighter is. I’m going to put his dreams to an end.”

“Ben Askren is a two-time NCAA champion, a world champion in two different global mixed martial arts organizations and has less losses on his record than Conor McGregor,” Paul said.

“Me, on the other hand, I started boxing two years ago and I’m still going to knock his ass out faster than [Jorge] Masvidal. These MMA guys think because they throw punches they know how to box. The world complained because I knocked out a basketball player and not a real fighter. So now I’m giving the people what they want by taking on a ‘real fighter.’ After Ben Askren is added to my knockout meme collection, what can anybody say? Thank you to Triller Fight Club for giving me the platform to once again put a man to sleep. April 17, it’s lights out for Askren.”

According to Triller founder Ryan Kavanaugh, the fight will be contested with ten-ounce gloves in a twenty-by-twenty ring. The card will feature popular names from boxing, MMA, and social media competing in the squared circle.

Will you be buying the Jake Paul vs. Ben Askren pay-per-view?