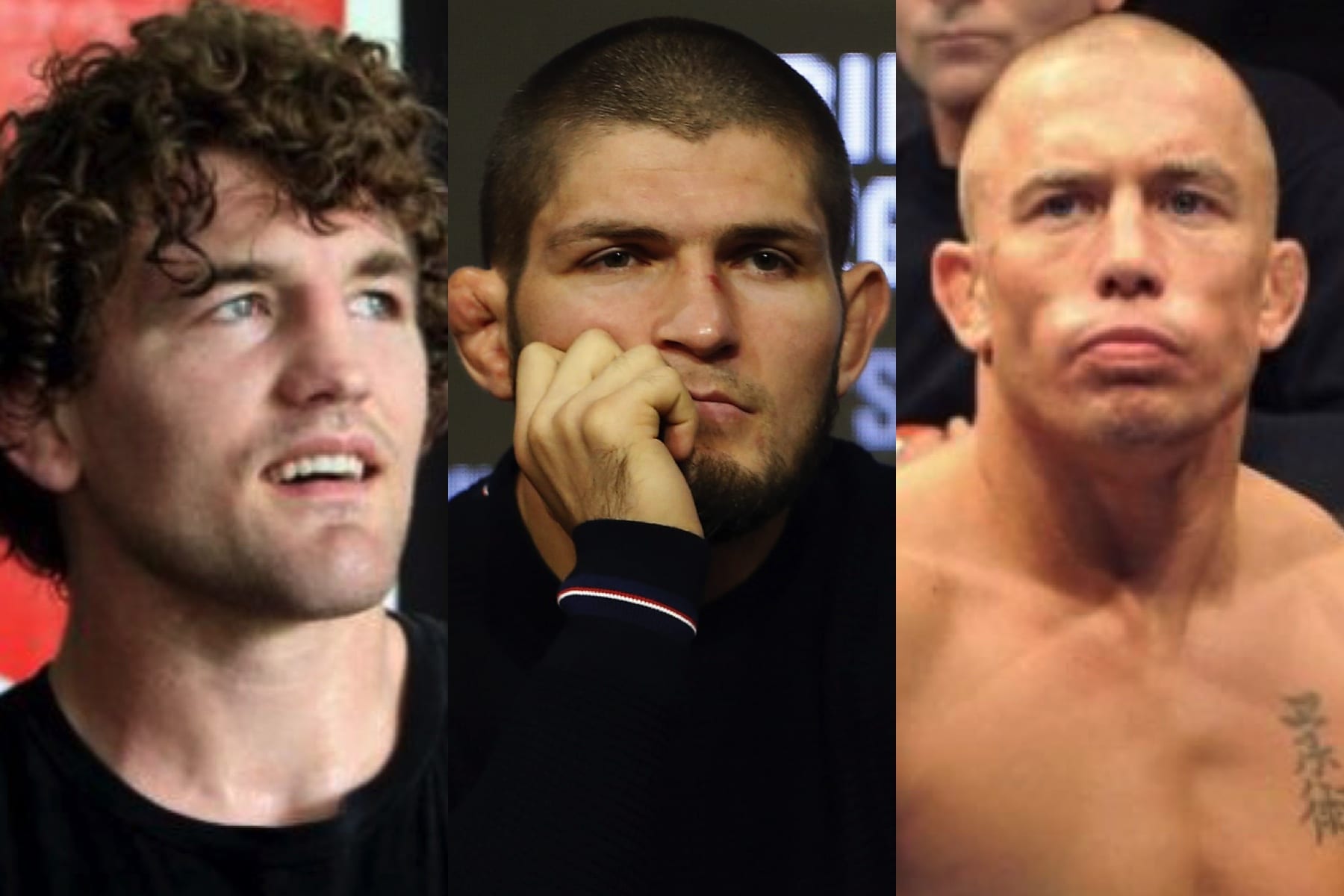 Last night, news arrived from his manager that Khabib Nurmagomedov wanted to fight three times in the next 11 months.

The proposed schedule seemed a difficult one to pull off considering that Khabib has fought once since April 2018. Making matters more complicated was the angle that Khabib supposedly wants to fight legendary former two-division champion Georges St-Pierre next April. While ‘GSP’ is retired as of now, the door remains open for a potentially massive superfight with ‘The Eagle’ if the UFC can work it out.

But there’s another high-profile name who not surprisingly wants to throw his name into the mix.

That’s outspoken UFC welterweight contender Ben Askren. ‘Funky’ has long wanted to face St-Pierre to prove who the best welterweight is, and he’s also called out Khabib in recent years. In truth, Askren seems to insert himself in all major topics in MMA. Yet he truly has a vested personal interest in this developing story.

Speaking up as the first guest on today’s episode of “Ariel Helwani’s MMA Show,” Askren dove into the situation. First, he claimed that many people knew St-Pierre wasn’t fully retired when he left the title behind in late 2013. He noted that he did return, which is perhaps a sign for the future:

St-Pierre vs. Khabib A Real Possibility?

Askren then claimed the rumored Khabib vs. St-Pierre superfight was a real possibility but may not have materialized due to money negotiations. Also, he said, the UFC didn’t want to risk their undefeated champion against St-Pierre if “GSP” was only going to leave again:

“I feel like the Khabib-George thing was real, and I don’t know why it fell through. Probably some type of money negotiations, some type of Khabib’s 27-0, he just beat up Conor. He’s got a lot of heat. If Georges comes in and beats up Khabib and says, ‘I’m done again,’ then that’s going to be terrible for the UFC to market Khabib in the future. Probably something there. I think that’s probably what happened.”

Overall, Askren doesn’t believe St-Pierre is really retired. He pointed to the fact that St-Pierre is still training hard as the telltale sign:

“No, I do not believe that. Do you? Why he’s still training all the time then?”

Askren has a big fight coming up versus top-ranked Jorge Masvidal at July 6’s packed UFC 239 from Las Vegas. He knows he has to win that fight and several more to reach the status of a fighter whom St-Pierre wants to fight. Because of that, he said he hasn’t discussed the bout with the UFC.

He knows he needs to win the UFC welterweight belt first: