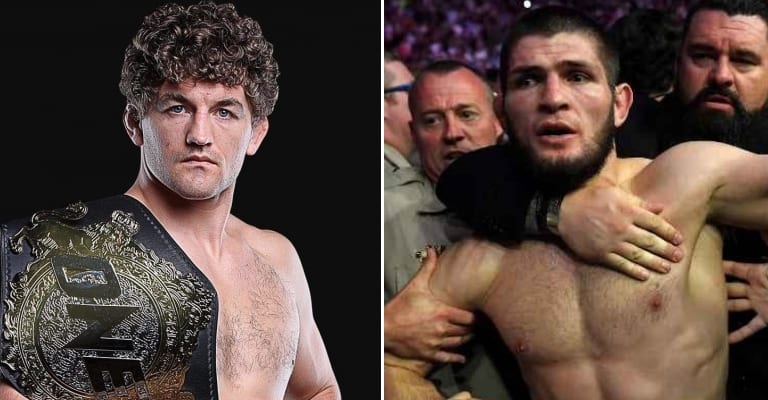 It looks like the oft-discussed UFC 165-pound division won’t be happening any time soon.

The question of when Khabib Nurmagomedov would return inevitably arose at today’s UFC 235 presser from Las Vegas. The undefeated champion was handed a nine-month suspension by the Nevada State Athletic Commission (NSAC) this week. Dana White said they weren’t quite sure:

“Right, yeah, no I haven’t talked to them yet, but we’ll get it figured out.”

To that, newcomer Ben Askren chimed in with the suggestion he fight Khabib for the 165-pound belt:

“If the 165 becomes available, you know, America-Russia is always a great storyline. t always is. Since the Cold War. Think about that. Think about how it sells.”

Indeed it is. It’s also smart self-promotion by Askren, who has become maybe the most relentless self-promoter in the UFC outside of Conor McGregor right now. But White shut down that notion of 165 pounds as he always has:

‘Funky’ wouldn’t give up there. He hyped the fight in a way only he could by offering a bold prediction for it:

So Askren has officially made his first appearance, and it was a good one. He has a lot of hype to back up, but he’s gotten the ball rolling possibly more effectively than other UFC newcomer.