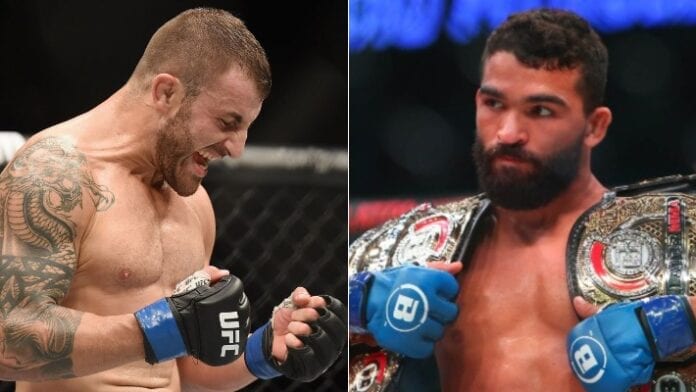 Volkanovski defended his featherweight title against Max Holloway at UFC 251 this past weekend after earning a controversial split decision verdict.

Despite many observers thinking Holloway had done enough, two of the three judges saw it different as Volkanovski now holds two wins over the Hawaiian. The question now turns to who he should face next.

There are a number of contenders waiting in line all looking to get the next shot. Former bantamweight champion Henry Cejudo has also spoken of coming out of retirement to face him next.

There’s even a non-UFC fighter looking to fight Volkanovski in Freire, who proposed the matchup on Sunday to Dana White as well as Bellator president Scott Coker.

It’s not the first time Freire has challenged a UFC champion.

He did the same when Holloway was champion as he believed last year he had what it took to defeat him. He will likely fancy his chances even more against a more similar-sized Volkanovski.

That said, the chances of any cross promotional fight taking place is highly unlikely for the considerable future. So all we can do is speculate for now.

How do you see Volkanovski vs. Freire going?