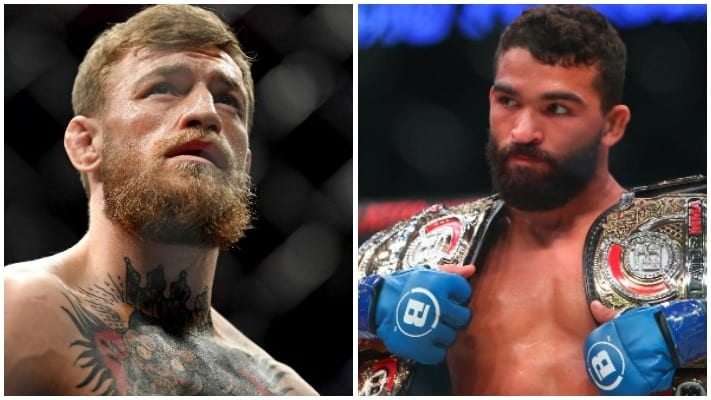 Tuesday marked the three-year anniversary of UFC 205 where McGregor made history by becoming first-ever two-weight champion in promotional history following his TKO win over Eddie Alvarez.

To celebrate the occasion, the Irishman dubbed November 12 as “World Champ Champ day” and went on to promote it further on his Instagram.

However, another champ champ in Bellator featherweight and lightweight title-holder Freire wasn’t too pleased by the comment as he responded later in the day:

“Says the sh*tty champ champ who didn’t have the balls to defend either title after years of criticizing fighters for not doing so, then made an embarrassment of himself and the sport every day since,” Pitbull wrote on Twitter.

Says the shitty champ champ who didn’t have the balls to defend either title after years of criticizing fighters for not doing so, then made an embarassment of himself and the sport every day since. https://t.co/7eCXuaAvwM

Of course, everything “Pitbull” said is virtually true.

And ever since last year, the Irishman has been in the headlines repeatedly for all the wrong reasons.

Hopefully, things come to an end and McGregor becomes an active fighter when he plans to return in January.

What do you think of Freire’s remarks towards McGregor?