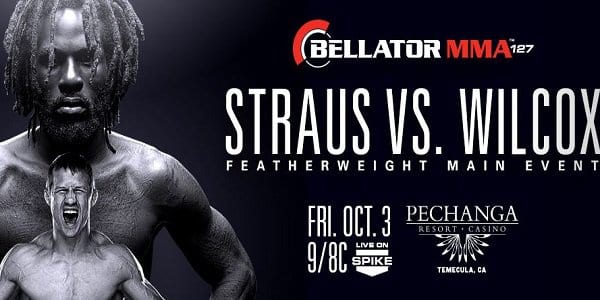 The main event was a featherweight battle between former champion Daniel Straus and Justin Wilcox. Straus didn’t take long to finish the bout, destroying Wilcox with a massive left hook that had Wilcox done inside of a minute. Watch Straus’ power left courtesy of Gfycat:

Former UFC welterweight Karo Parisyan came in with the momentum of some surprising knockout victories, but that streak ended against Fernando Gonzalez in the co-main event. Gonzalez nailed “The Heat” with a short uppercut, following to the ground to earn the stoppage with a barrage of vicious ground and pound. Check out Gonzalez’s knockout from Gfycat:

Rafael Silva came out strong against Rob Emerson, dropping him with a huge right hand to dominate from top position. Silva used relentless takedowns to smother Emerson and lock up a unanimous decision victory.

The Ultimate Fighter (TUF) veteran Kendall Grove put on a good show against former Bellator light heavyweight champion Christian M’Pumbu, rocking him early and implementing a good clinch game. “Da Spyda” took M’Pumbu down in the second round and ended the fight with a vicious second round choke.