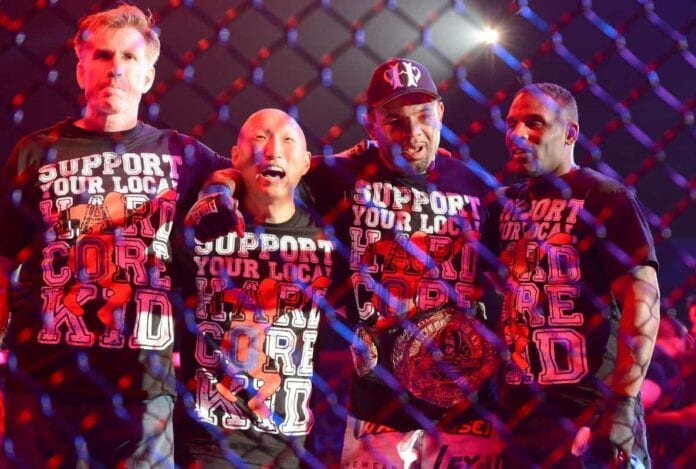 The main card featured a headlining light heavyweight title bout between Emanuel Newton and UFC veteran Joey Beltran. Newton came out snapping kicks in the first round. He landed some knees in the clinch and got a decent suplex takedown. Beltran threw some combos that were answered by “The Hardcore Kid.”

Newton scored another slam, going for a spinning back kick when “The Mexicutioner” got back up. Newton found a home for some good right hands, but the first round ended with Beltran landing some big combos.

Newton threw some unorthodox kicks at the beginning of the second round. Beltran went to the clinch again, but Newton made him pay with a sharp knee. Beltran cracked Newton with an elbow and a big shot, following with a head kick. Beltran was ahead in round two, controlling the action and throwing more volume. Newton changed levels and went for a takedown as the second round wore down.

Beltran was aggressive as the third round kicked off. He landed some good uppercuts, but the fight was stopped to check for Newton’s mouthpiece. Beltran kept moving forward with kicks, appearing to dictate the pace.

That didn’t last long, however, as Newton broke from a clinch to unleash his trademark spinning backfist and knock out Beltran just like he did Muhammed Lawal.

Beltran gave him a run for his money; yet it was “The Hardcore Kid” who scored another highlight-worthy finish in the end.

Touted prospect Liam McGeary continued his spotless run against Kelly Anundson in the light heavyweight tournament final as the card’s co-main event. After using his reach to land a big knee on Anundson, the 6’6” McGeary began teeing off on his opponent.

Anundson got a takedown to land in side control and land some big elbows. But it ultimately spelled his doom as McGeary locked up a late inverted triangle choke to earn the tap with only 13 seconds left in the first round. The British McGeary won the tournament and improved to an undefeated 9-0 with all of his wins coming by way of finish.

L.C. Davis beat Zeilton Rodrigues by decision, utilizing some good takedowns and top control to leave no doubt in the judges’ mind.

UFC and Strikeforce vet Ryan Couture rode his wrestling to a first round submission of John Schulz in his Bellator debut, softening him up on the ground to lock up an effective rear naked choke.