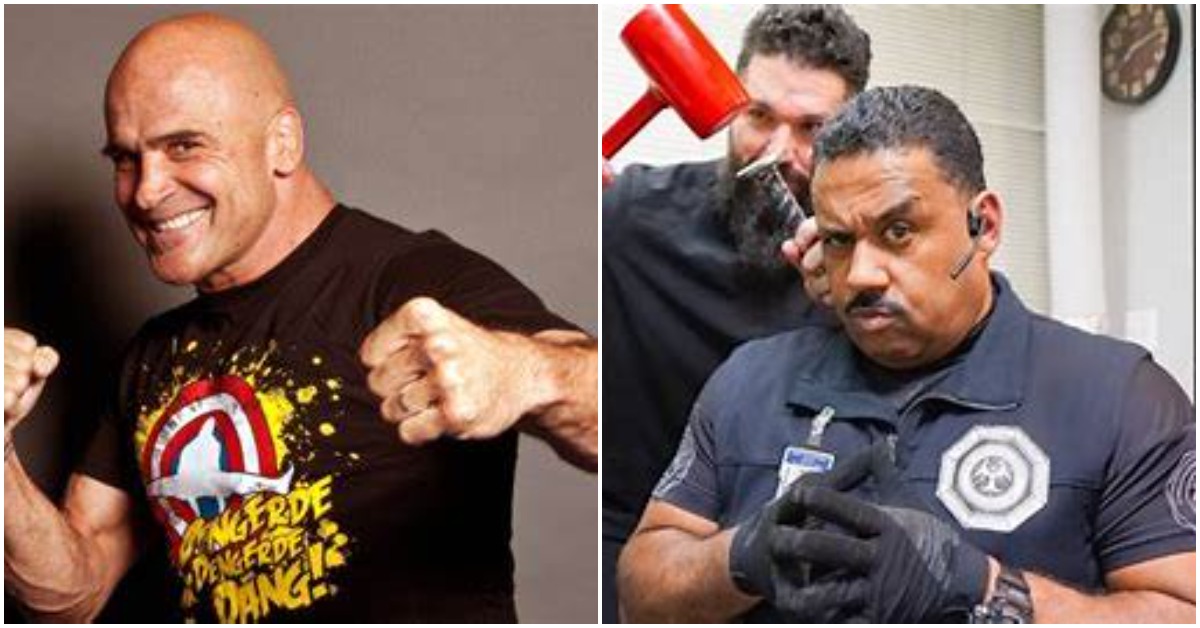 MMA legend Bas Rutten is not a big fan of Dale Brown and his survival training tactics.

Dale Brown owns Detroit Urban Survival Training also known as ‘DUST’ which is a self defence group that caught the attention of millions following his less than normal survival techniques being posted online. Brown from this exposure even bagged himself the opportunity to corner UFC fighter, Joaquin Buckley, at a UFC event back in February.

However, Rutten is a big critic of Brown, after speaking to Ariel Helwani on The MMA Hour the former UFC champion gave his thoughts on the work Brown has been doing.

“You see, guys like that get people killed because they give them a false sense of security,” Bas Rutten said. “That’s why I don’t teach self defence in my class. I always give this example. Imagine I teach someone a knife defence, knives are very dangerous to defend, almost worse than a gun.

With a gun, if you’re close by you grab the barrel and you know what to do, it’s actually easier than a knife… So, imagine I teach a knife defence, and the person who has a friend gets in trouble and somebody pulled a knife. The person then goes ‘step back, I got it they just taught me in class’ but he is going to get stabbed to death. You see that’s the problem.”

“It’s the same thing with the gun defence. When someone [with a gun] is standing behind you and you grab it, it’s the dumbest thing ever. If there is no space between you all they have to do is pull the gun and they will shoot you in your head. If someone is in front of me and there is a table in between, I’m not grabbing the gun, all he has to do is pull back.”

Bas Rutten also added how stunned he was by those people who fall for Brown’s antics and believe what he is feeding them.

“It’s amazing how stupid people are,” Rutten added. “But people are people they just believe whatever. It’s unfortunate and very dangerous.” (Transcribed by Middleeasy.com)

What do you make of DUST and Dale Brown?