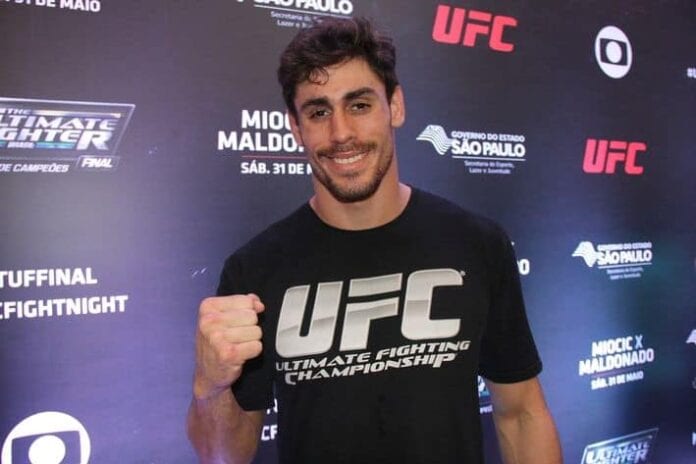 Eddie Gordon (7-4) competed at UFC Fight Night 70 on June 27, 2015 in Hollywood, Florida in hopes of earning his first win since knocking out Dhiego Lima in July 2014. That was the fight that won him The Ultimate Fighter season 19.

His opponent, Antonio Carlos Junior (5-1) was looking to bounce back from his unanimous decision loss to Patrick Cummins at UFC Fight Night 58.

Round one saw Junior stalking Gordon. He landed a high kick and controlled Gordon against the cage momentarily. “Truck” was able to reverse the position, but “Cara de Sapato” broke free and took him down. Junior gave Gordon a cut on his nose while both men were fighting for control. The round ended with Junior landing some punches and knees to the body while in top control.

Junior began picking his opponent apart in the standup with jabs and kicks. Gordon changed levels for a takedown attempt, but the fence saved Junior from going down. They broke the clinch and met at the center of the Octagon.

Gordon was throwing punches, but kept running into his opponent’s jab. “Truck” found himself on his back again with a little over one minute left in the second round. The round ended with Junior attempting a leg lock.

The final frame began and a thunderous leg kick connected for Junior. Gordon was able to stuff a sloppy takedown attempt from Junior. “Cara de Sapato” was fishing for a standing guillotine choke, but Gordon slipped out.

Like rounds one and two, Junior took “Truck” down, but this time he secured back mount. Gordon fought off a submission until Junior latched on the rear naked choke. The tap came at four minutes and 37 seconds.