One-time UFC light heavyweight title challenger, Anthony Smith is set for an extended period on the sidelines following his second round ground strikes loss to the surging, Magomed Ankalaev at UFC 277 last weekend, with the Texas native suffering a fracture of his left ankle.

As per an initial report from Ariel Helwani, Smith, who opened the main card of the Dallas, Texas event against Ankalaev, suffered a fracture of his left ankle in his three round affair with the streaking Russian contender. And will require a surgical procedure in order to address the injury.

“Anthony Smith suffered a broken left ankle Saturday night in his fight against Magomed Ankalaev, Smith tells me this evening,” Helwani tweeted. “It will require surgery.”

Anthony Smith challenged for Octagon gold back in March 2019

Entering Saturday’s potential title-eliminator against Ankalaev off the back of an impressive run of three consecutive victories, Anthony Smith, a former middleweight, had landed back-to-back victories over Devin Clark, Jimmy Crute, and most recently, stopped Ryan Spann with a dominant first round rear-naked choke in the main event of UFC Vegas 37 in September of last year.

With his second round ground strikes win over Smith, Ankalaev, who now improves to 18-1, landed his ninth consecutive triumph, adding to prior notable successes against common-foe, Thiago Santos, as well as Volkan Oezdemir, Nikita Krylov, and Ion Cutelaba.

READ MORE:  Julianna Pena 'Going To Bite, Gouge Amanda Nunes Eyeballs Out' At UFC 277: 'I'm Going To Do Whatever It Takes'

With current undisputed light heavyweight champion, Jiri Prochazka weighing up a slew of outings for his first attempted defense of his throne, Smith had billed his matchup with Ankalaev as a likely title-eliminator, however, the Czech Republic talent has also been tied to a potential rematch with Glover Teixeira, as well as a tangle with former champion, Jan Blachowicz. 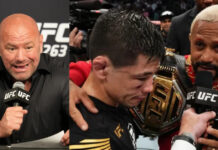 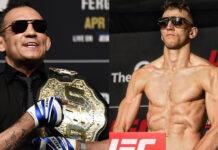 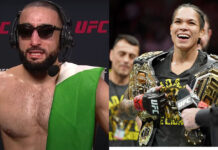 Belal Muhammad Blasts Amanda Nunes For Saying She Could Have Finished Julianna Pena:”She Left On Crutches”