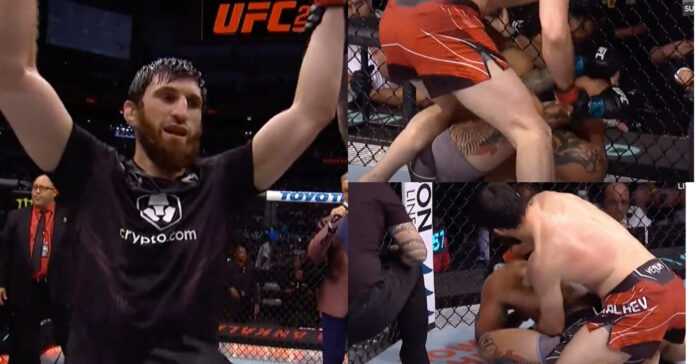 Anthony Smith seemed to suffer a leg injury in his bout with Magomed Ankalaev at UFC 277.

The fourth-ranked contender at light heavyweight Ankalaev returned to action against the top five ranked division contender Smith on the main card at UFC 277 on July 30 at American Airlines Center in Dallas, Texas.

Both men took a cautious approach to the bout, staying composed and measured trying to exchange strikes in the stand-up. Smith complained about his ankle after the first round.

Ankalaev landed a flurry of punches to finish Smith in the second round. Smith did not immediately get up after the referee called off the fight and claimed that he broke his leg during the outing.

Below, catch the highlights from Anthony Smith vs. Magomed Ankalaev