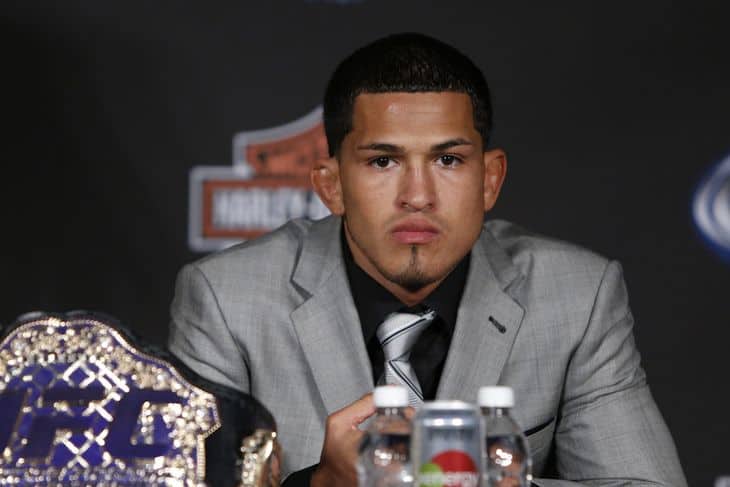 Some huge news emerged during the preliminary card at UFC 182 tonight (January 3rd, 2014). Ariel Helwani announced during a FOX breaking news segment that Anthony Pettis would face Rafael Dos Anjos for the UFC lightweight title at UFC 185. The event was also confirmed to go down on March 14th.

Dallas will play host to the event, in”Showtime’s” second defense of the title since his year long layoff. RDA was most recently in action bashing Nate Diaz for three rounds at UFC On FOX 13, topping off a great 2014 that also saw the Brazilian starch ex-lightweight champion Benson Henderson.

Check out what each man had to sya:

Dos Anjos: “I see holes in his game, and I plan on exposing them to win the title. I’ve already started training for Anthony Pettis.”

Pettis “They all talk, then they all fall. He’ll find out why I’m the best in the world at UFC 185”

This is huge news for fight fans, and comes amidst a storm at UFC 182. So what about Anthony Pettis vs Rafael Dos Anjos? Is that an awesome fight or what? The grappling ace RDA has improved greatly in the stand up department, and oppositely Pettis has evolved to become a lethal grappler.

Will Dos Anjos be the next UFC lightweight champion, or is he the next top contender to get added to the “Showtime” highlight reel?