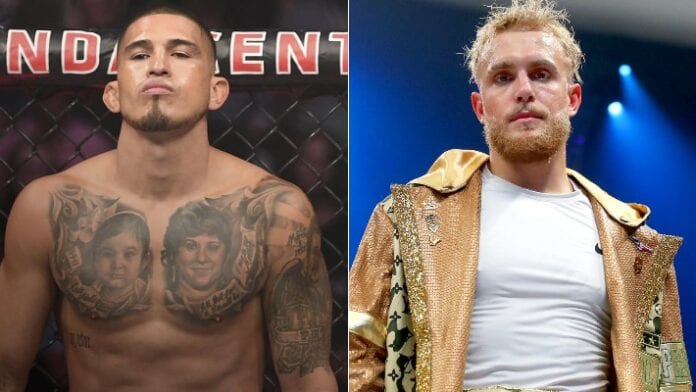 Former UFC Lightweight Champion Anthony Pettis recently revealed his interest in a potential future in boxing. In an interview with TMZ, Pettis was asked for his thoughts on the success of Jake Paul’s most recent victory against Nate Robinson. Contrary to much of the MMA community’s thoughts on the matter, Pettis was primarily complimentary about the younger Paul brother. However Pettis stated that he is extremely interested in entering the world of boxing, mentioning that his love of the sport was what originally got him into MMA.

Upon being asked if he would be interested in a matchup with Jake Paul, ‘Showtime’ stated: “Bro I would love to box. I still haven’t boxed yet, so I’m 0-0.” He also remarked “I’m only 33 and I’ve been doing this MMA thing for so long.” Pettis would undeniably serve as the greatest test for Jake Paul yet, with high level striking and legitimate knockout power. Fights against Dillon Danis and Ben Askren are also potential options for Jake Paul.

Pettis has since signed with the Professional Fighters League, more commonly referred to as the PFL. Whilst this would imply that the former champ is likely to have his immediate future set on MMA, a potential one off boxing match may be an option. Alternatively, Dana White has constantly teased the idea of Zuffa Boxing over the past few years. With Pettis being such an established name, this could serve as an excellent future option for him.

He also mentioned that he may venture into kickboxing. Recent performances against Thompson and Morono prove that Pettis is still a very real threat in regards to striking prowess. Throughout his career Showtime has consistently shown his best when fighting a kickboxing style fight.

Should Showtime not face Paul in the ring, he may still have an impact on his boxing career. As MMA MANIA reported, Pettis has volunteered to help Askren train to fight Jake.

Do you think that Anthony Pettis would defeat Jake Paul?