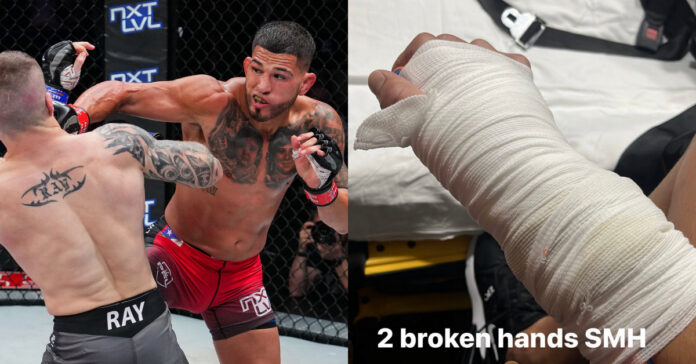 Anthony Pettis lost out for a second time to Stevie Ray at the 2022 PFL Playoffs.

This past Friday, Pettis returned to the octagon for an immediate rematch with Ray just six weeks separated from their first outing this year in June. The former UFC lightweight champion failed to avenge his loss as he lost out by unanimous decision at PFL Playoffs 1 from inside Hulu Theater at Madison Square Garden in New York City.

In their first clash, Ray managed to submit Pettis in round two via a modified body triangle. It was evident from the get-go in their rematch that Ray was looking to replicate his highlight-reel finish. Ray kept closing the distance and attempting takedowns. However, his motive to get a takedown was not targeted for ground and pound, but instead to take Pettis’ back.

Ray did well to lure Pettis into the trap but “Showtime” was determined to not succumb to the same move again. The 32-year-old Scot not only broke Pettis’ hopes of getting closer to the $1 million prize, but he also shattered his hands.

Following his departure from the UFC in Dec. 2020, Pettis has gone 1-4 in his last five outings since joining the PFL. His sole win came over Myles Price, whom he finished in the opening round in May.

Although Pettis is past his prime, he continues to be a fan favorite and received a standing ovation from the arena during his walk-in. He showed signs of flair with some fast head kicks but failed to do significant damage. Considering how big of a name he still is in the sport, it’s likely he is still fighting in the promotion for the paycheck instead of the tournament prize.