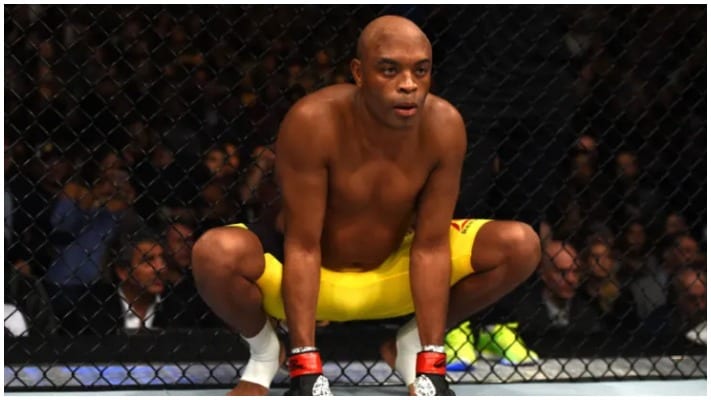 Anderson Silva isn’t ruling out competing for promotions outside the UFC.

Silva, 45, takes on Uriah Hall in their UFC Vegas 12 middleweight headliner this Saturday in what is expected to be the former’s final fight in mixed martial arts.

However, it wasn’t very clear if this would be Silva’s last fight in the UFC or in mixed martial arts as a whole. And after a recent interview with ESPN’s Ariel Helwani, it looks like “The Spider” is keeping his options open beyond the Las Vegas-based promotion.

“Probably this is my last fight in UFC, probably,” Silva said (via MMA Mania). “But let’s see. This is the last fight but probably something change. Let’s go see the result. I am very focused right now in this fight, and then let’s go see the future.”

Silva notably had two fights left on his UFC deal but will be competing just one more time for the promotion. And if he wants to compete for other promotions beyond that, there is nobody that can stop him.

“I do (have two fights left), but fight is fight and maybe something change, but this is last fight in UFC, probably,” Silva added. “It’s tough to talk about whether this is the last or not. But in UFC, this is probably the last one. I have my contract, I signed, and I do my best. I work, do my part because I’m a professional.

A win on Saturday — which would be just his second in his last nine outings — could probably convince Silva to remain in the fight game for a few more years.

If Silva leaves the UFC, where would you like to see him compete?