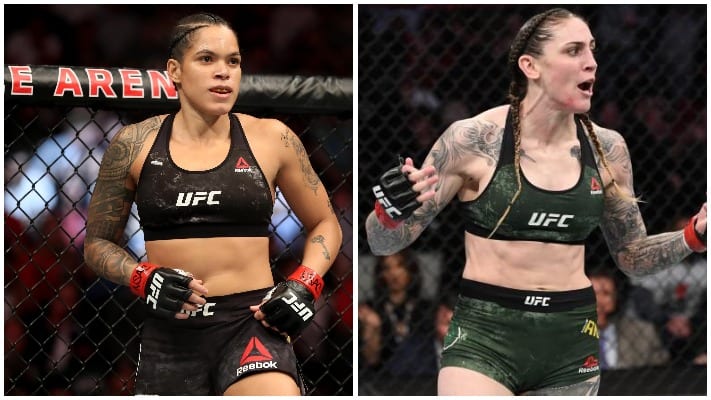 “Breaking: The GOAT returns on Dec. 12. Amanda Nunes (@Amanda_Leoa) vs. Megan Anderson (@MeganA_mma) has been agreed to for UFC 256 in December, per sources.”

Nunes has established herself as the best female fighter in MMA history during a six-year, 11-fight winning streak that dates back nearly six years. ‘The Lioness’ picked up the bantamweight belt at UFC 200 in 2016 and has since defended it five times. Nunes later became a two-division champion by taking out Cris ‘Cyborg’ Santos inside one round.

Lately, it has been speculated Nunes would retire from the sport. The Brazilian fed into that narrative during an interview after he most recent win over Felicia Spencer at UFC 250, she said.

“Ah, I don’t know, I’ve achieved everything I wanted. I’m well, I can go on with my life, maybe a new step, maybe find new talents, help some girls there…maybe be a coach, too.

The UFC bosses appeared to have convinced Nunes to stick around and she will be back fighting sooner than most expected.

Anderson is the challenger charged with dethroning the most dominant female champion in MMA history. The former Invicta FC featherweight titleholder has had mixed form so far during her UFC career. Anderson has lost to Holly Holm and Felicia Spencer. She picked up a controversial win over former title challenger Cat Zingano in between those losses. Lately she has turned things around by scoring back-to-back wins over Norma Dumont and Zarah Fairn.

Do you think Megan Anderson can upset Amanda Nunes at UFC 256?