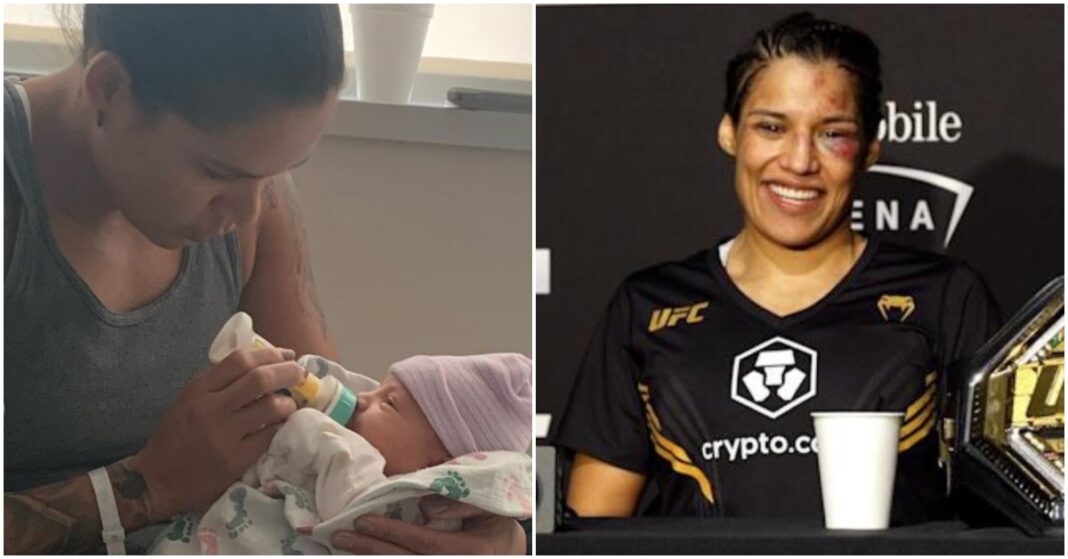 Amanda Nunes has finally fired back at Julianna Pena who claimed she was the first true mom champion in UFC history after beating ‘The Lioness’ at UFC 269 earlier this month.

Pena gave birth to her daughter whereas Nunes did not. The former dual-weight champion allowed her wife, Nina Nunes, to carry their daughter and this is what Pena thinks separates the two women.

“The UFC absolutely needs to create a new belt for me and it needs to be The Baddest Mom On The Planet,” Pena said. “You know, I’m not trying to take anything away from Amanda, she’s a wonderful mother, but I gave birth to my daughter. I feel like for giving birth I am the first mom champ and that to me is also a little feather in the cap.”

“I may not have birthed my Daughter. If I wanted to I could have. I chose to watch from the outside,” Nunes wrote on Instagram alongside picture of her and her daughter. “After going through the IVF procedure with Nina. It was truly heartbreaking to see many women break down in the waiting room knowing they would never be able to carry their own and have to take another direction. This does not make these woman any less of a MOM than Nina or I. As a MOM champion as well, I feel this needed to be said. @venezuelanvixen”

Nunes suffered one of the biggest upsets in MMA history when she surrendered her bantamweight belt to Pena on December 11. The Brazilian legend seemed off of her game as she slumped to a second-round submission defeat despite being a -1000 favourite over Pena, whose post-fight comments have added more intrigue to what promises to be an enthralling rematch between the two.

Do you think Amanda Nunes has a right to be angry at Julianna Pena for her mom champ comments?