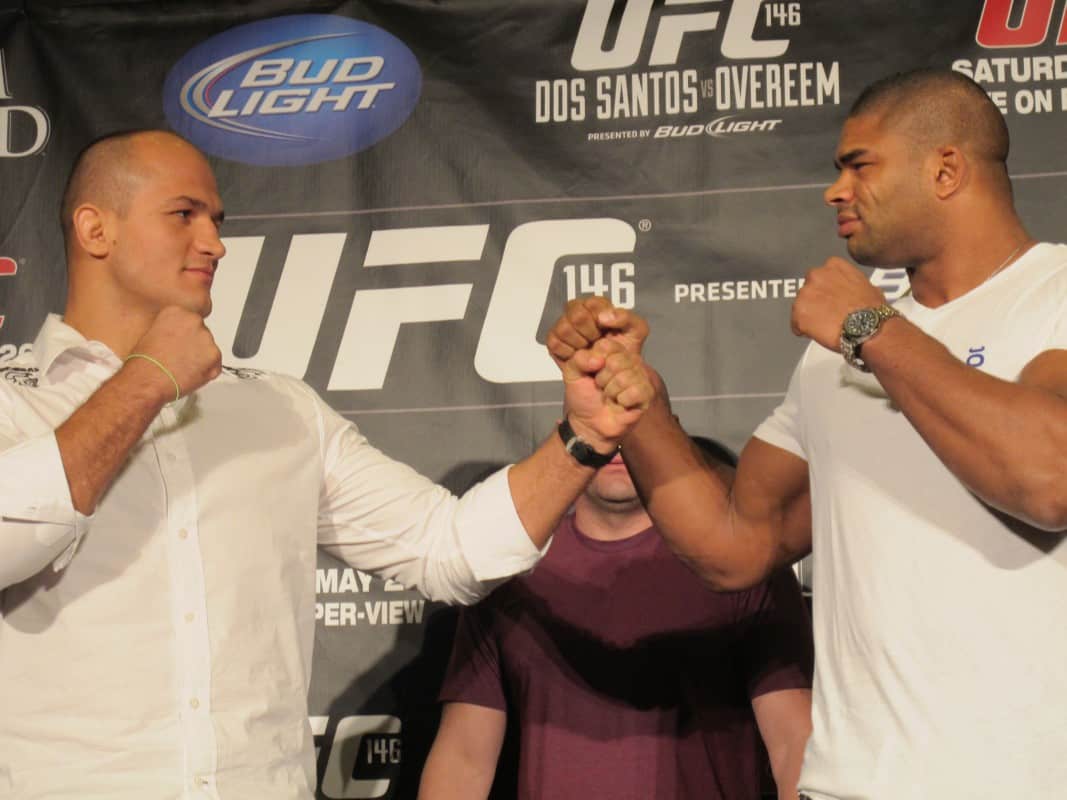 It’s a heavyweight slugfest that has been years in the making, and is likely the most followed recent feud in the heavyweight division between two fighters that aren’t actually booked to fight each other. Alistair Overeem and Junior Dos Santos were first scheduled to meet at UFC 160, and since then it’s always been on the edge of getting made official, but never quite gets there. Come 2015, and ‘The Demolition Man’ is once again saying he wants ‘Cigano’ next, but yet still no fight has been announced.

The Dutch K-1 kickboxer decided to take to Twitter a few weeks back, sending virtual jives across the airwaves to his Brazilian nemesis. Dos Santos fired back at Overeem’s claims that the ex-UFC heavyweight boss was avoiding signing an alleged contract for the bout, and again over the last two days they have been heating up the beef in the Twitter oven. This time ‘The Reem’ takes the Ronda Rousey approach to slating ‘JDS”.

On top of these incendiary trolls from Ubereem, he has retweeted around 100 messages from his followers calling out Dos Santos on his behalf, and claiming that ‘Cigano’ is both afraid and ducking the contract that Overeem claims to have signed.

Well, if these two don’t get scheduled to fight in the next week there is surely something up. Neither have any fights, that we know of, in the works or hoped for, so what’s the hold up?

Perhaps the UFC has learned that the traditional 2/3 months between a fight’s booking and the night of the bout itself is simply not long enough to build a decent hype train, but this fight pre-dates the last two UFC champions.

We’ll keep you updated to this story as it evolves but as of this point it seems like Alistair Overeem is winning the war of words with Junior Dos Santos.