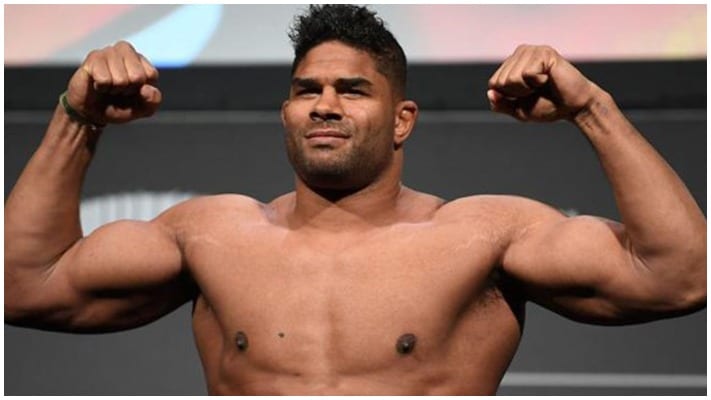 Former UFC heavyweight Alistair Overeem will make his return to the fight later this year, as he’ll compete against Rico Verhoeven for the GLORY kickboxing heavyweight world title on Oct. 23 in Arnhem, Netherlands, in a matchup between two of the best Dutch kickboxers in the world.

Overeem returns after a brief hiatus following his UFC release earlier this year, after falling to Alexander Volkov by TKO at UFC Vegas 18. Many believed that Overeem might fight the returning Bellator heavyweight Fedor Emelianenko, but negotiations never materialized and he opted to sign with GLORY.

Both Overeem and Verhoeven made an appearance on the Monday edition of The MMA Hour to announce and promote their upcoming fight, with Overeem seeming thankful for the opportunity to still compete at an elite level despite being past his prime after a long career in fighting.

Verhoeven is considered to be one of the most dominant fighters in the history of kickboxing, after winning the Glory 77 heavyweight tournament earlier this year and an astounding overall record of 58-10.

Overeem joined the UFC after earning titles in Strikeforce in DREAM, fighting for the UFC heavyweight title against then-champion Stipe Miocic at UFC 203. After losing the title against Miocic, Overeem went on an up-and-down run in the UFC, losing four of his last eight fights.

In addition to his MMA success, Overeem is an elite kickboxer, having won the 2010 K-1 Grand Prix. He first competed in his first professional kickboxing match at 17 years old, winning his debut.

Fans have been calling for the Overeem vs. Verhoeven fight for months, especially after Overeem was released by the UFC and many believed his days in MMA were numbered. He has accumulated a 10-4 record over his kickboxing career including three wins by TKO.

What is your early prediction for Alistair Overeem vs. Rico Verhoeven?