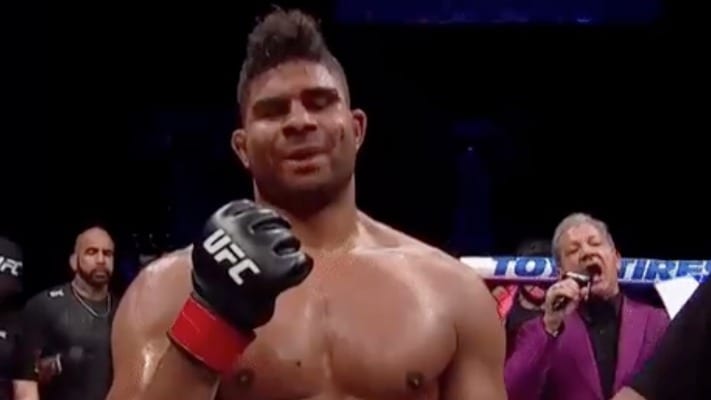 Alistair Overeem isn’t giving up on becoming a UFC champion.

It capped off a solid night for Overeem who turned 40 at midnight and has now won three of his last four outings.

And although he is now in his forties, the former title challenger is still hoping for another run at the UFC heavyweight title in what he believes to be the last phase of his mixed martial arts career.

“We’re still hunting for the title,” Overeem said in the UFC Florida post-fight press conference (via MMA Fighting). “I would say also I’m in the last phase of my career.

“So those two things are a little bit on my mind. Finish the career and one more run at the title.”

Overeem’s first and only attempt at the title came when he challenged Stipe Miocic for the strap at UFC 203 back in September 2016. Although he dropped the Cleveland native, Overeem was unable to finish him off and ended up suffering a first-round knockout.

With one or two more solid wins, “The Reem” could find himself in a position to challenge for the title once again.

That said, the division is a bit log-jammed at the moment.

Do you think Overeem will get another chance at the title?