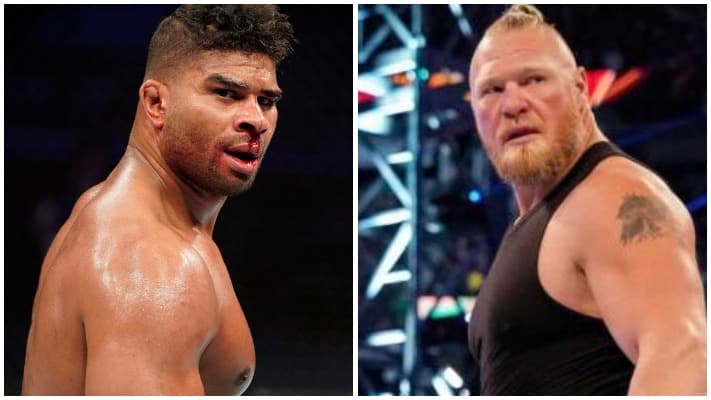 Alistair Overeem is NOT a fan of professional wrestling.

The mere mention of his former foe, Brock Lesnar, who returned to the WWE this past weekend at SummerSlam, prompted Overeem to dive into his opinions on professional wrestling.

“And just recently, I started looking again on YouTube, and oh my God, this stuff is lame. It’s just lame what these guys are doing. It’s fake. It’s lame. It’s stupid. It’s gay. It doesn’t make any sense.

“It’s lame,” Overeem added when asked about the athleticism and entertainment aspects of professional wrestling. “It’s not even a sport. It’s just lame. It’s bad acting. It’s just lame. Sorry for all the fans of WWE, but I’m just being honest. I’m just giving my opinion. Free country, right? I think it’s lame, and because I hadn’t seen it for 20 years. I never watched Brock fight. I never watched CM Punk fight. I knew they were from WWE.”

‘The Demolition Man’ then turned his attention to CM Punk, who also returned to the WWE at SummerSlam, he said.

Do you agree with Alistair Overeem? Is professional wrestling lame?