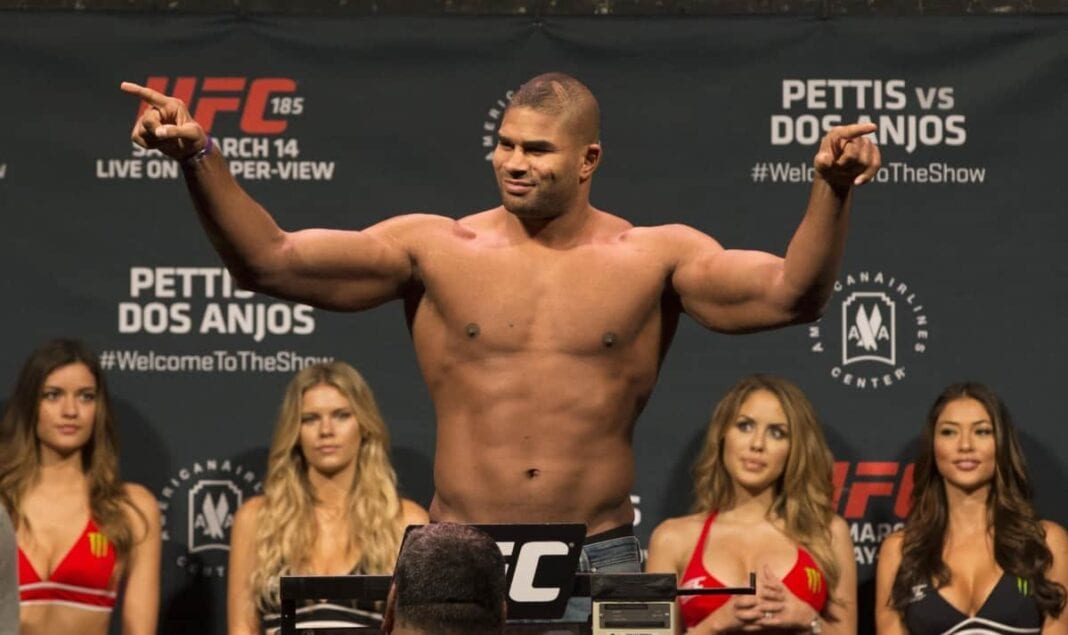 Jackson-Winklejohn trained UFC heavyweights Alistair “The Reem” Overeem and Andrei “Pitbull” Arlovski will do battle in the main event of this Sunday’s (May 8, 2016) UFC Fight Night 89 from Rotterdam, Netherlands.

Although training at the same facility, both men have made it clear that they aren’t necessarily friends, nor training partners. Arlovski, however, recently said that Overeem made it awkward between the coaching staff by asking for the fight.

Telling his side of the story, “The Reem” claims that he wasn’t given too much of a choice as to who his opponent would be:

“It’s a very simple and basic story,” Overeem explained when speaking to FOX Sports on Wednesday from Holland. “Lorenzo (Fertitta) texted me, he said ‘we want you to headline the first ever UFC in Holland and who do you want to fight? Basically we have Andrei Arlovski and Cain Velasquez available but Cain Velasquez is injured so in all probability it will be Andrei Arlovski.

“I replied OK that’s fine. Andrei’s a teammate but we’re not really friends, we don’t hang out, we hardly train together so expect that fight to be fireworks. So the fight got made.”

As far as their relationship goes, Overeem admits that while he doesn’t know the “Pitbull” too well, Arlovski just isn’t his ‘cup of tea’:

“I didn’t know him that well. I know he’s pretty emotional, but other than that I don’t know that much,” Overeem said. “We trained a couple of times together and he is how he is. He’s not my cup of tea. It’s not that I hate him, it’s not that we’re enemies but we don’t train together.”

Responding to Arlovski’s claims regarding the coaching staff, “The Reem” doesn’t sense any awkwardness at all, saying that he also has his own separate coaches that he works with:

“No it’s not awkward. It is what it is,” Overeem said about the coaching situation. “I’ll be working with several coaches I’ve been working with for some time now. The main wrestling coach at Jackson’s and then I have a BJJ (Brazilian jiu-jitsu) coach from Jackson’s, he’s also part of Gracie-Barra in Albuquerque, New Mexico and then I have two other coaches that I’ve worked with extensively before in previous fight camps against Brock Lesnar, Frank Mir, Junior dos Santos.

“So I’m very proud and very confident in my coaches. They’re already proven and we’ve been through a lot together.”

Which heavyweight slugger do you see winning this weekend?