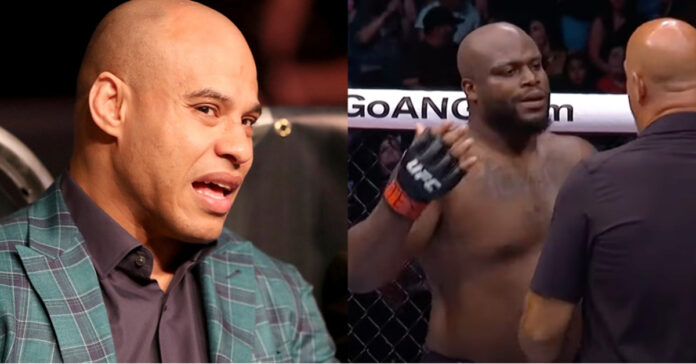 The pair of heavyweights seemed to start feeling each other out for the opening minute, until Pavlovich was able to land a flurry of heavy right hands that visably hurt Lewis before referee Dan Miragliotta decided he had seen enough.

With Derrick Lewis coming into the bout as the fan-favorite hometown fighter, the outcome came to many fans as a shock. As soon as the fight had been stopped, Lewis was on his feet pleading his case to Miragliotta.

Ali Abdelaziz has called for a rematch if the “UFC wants”

The Infamous MMA manager, Ali Abdelaziz, checked into work early as he put his matchmaking skills to the test. The Dominance MMA president sought to quell any doubters of Pavlovich’s win by stating they would be willing the run the fight back immediately.

Speaking with ESPN MMA Reporter Brett Okamoto, Ali Abdelaziz stated that “(Lewis) can get it if the UFC wants,” adding that he felt that the bout was not an early stoppage whatsoever.

“Sergei Pavlovich’s manager Ali Abdelaziz tells me he doesn’t think the stoppage of the Derrick Lewis fight was early last night (I would disagree), but if Derrick wants that fight again “he can get it if UFC wants.” I wouldn’t mind seeing it rebooked personally,” Okamoto reported on social media.

Abdelaziz’s Sergi Pavlovich’s finish over #5 ranked Heavyweight Derrick Lewis, makes him a legit top-five 255lbs contender in the world as is now 4-1 in the UFC.

Whom do you think Ali Abdelaziz should recommend Sergi Pavlovich go up against next?