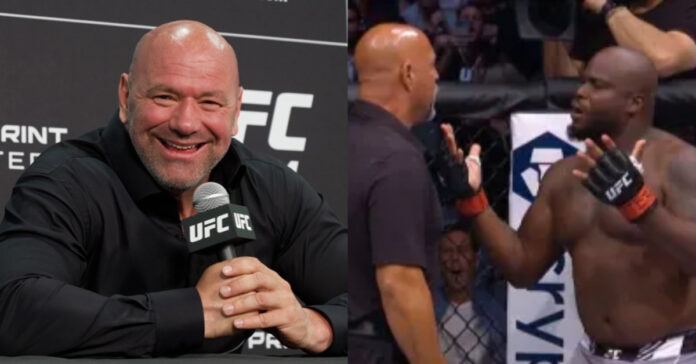 Dana White understands why referee Dan Miragliotta stopped the Derrick Lewis fight due to him falling face first, but believes it was still an early stoppage.

Lewis was hit with a barrage of shots from Sergei Pavlovich, and ‘The Black Beast’ ended up falling to the canvas face first after being wobbled a few times. Miragliotta stepped in and called the fight, but Lewis popped right back up to contest his decision. Lewis was visually upset at the early call, but it is tough as a referee when you see a fighter cover up in that way. It is relevant to point out that Lewis has come back in a few fights after appearing to be nearly out of the fight. It was only a minute into the fight when Pavlovich dropped Lewis and the fight was called.

With this loss, Lewis has dropped back to back fights by KO/TKO. Lewis has also lost his last three fights that he has had in his home state of Texas. He dropped fights to Pavlovich, Tai Tuivasa, and Ciryl Gane.

Mostly everyone on Twitter was up in arms about Miragliotta’s decision to call the fight.

“I think it was too soon, but to be fair Miragliotta is a great ref. The way that he fell, probably 9 out of 10 people in this room would have jumped on him and stopped the fight, including me.” White said in the post fight interview.

Lewis has made incredible comebacks in the last round of a fight, so for him to be stopped just 0:55 seconds into the fight, while looking as if he is still ready to go was tough to see.

Did you think that Lewis was stopped early?