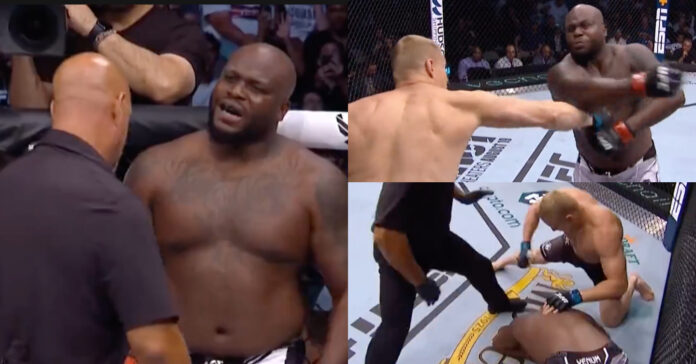 Derrick Lewis was not happy with the loss against Sergei Pavlovich at UFC 277.

The fifth-ranked contender at heavyweight Lewis returned to action against the top fifteen ranked division contender Pavlovich on the main card at UFC 277 on July 30 at American Airlines Center in Dallas, Texas.

Lewis and Pavlovich kicked things off to a fiery start, brawling it out with crisp boxing. Pavlovich connected with a nice right early in the opening round that wobbled Lewis and caused the referee to call a stop to the contest although Lewis got right back up.

Below, catch the highlights from Derrick Lewis vs. Sergei Pavlovich