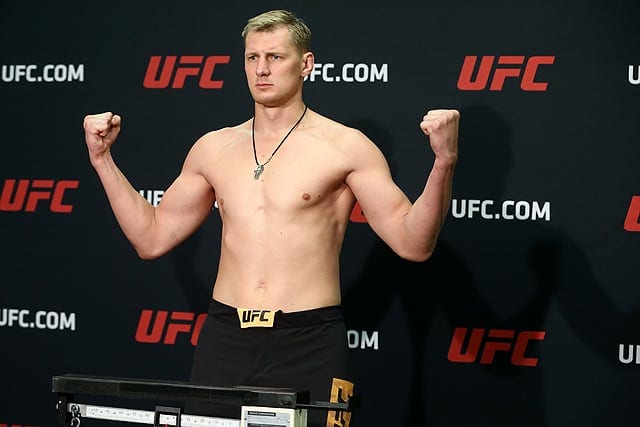 Werdum ran and went for his signature side kick to start the fight. He settled for a takedown. “Vai Cavalo” postured up and laid down some leather. Volkov got back up and landed a big uppercut and some combos. Werdum ate the shots and stayed patient. He scored a single leg takedown. Werdum dropped some punches near the end of the round.

Werdum landed a leg kick early in the second stanza. He landed a knee in the clinch. Volkov managed to avoid a takedown attempt. Volkov caught a kick and dumped Werdum to the mat. “Vai Cavalo” drove in and brought Volkov down. He went for a kimura with 20 seconds left in the round. Volkov survived.

Once again, Werdum opened the third round charging at Volkov. Werdum pulled guard and moved to the back of his opponent. Blood trickled from below the eye of Werdum. A right hook was there for Volkov. Werdum swept Volov and took his back. Volkov was able to slip out.

Werdum went for a takedown early in the fourth round. Volkov landed some punches and stood back up. A combination rocked and dropped Werdum. He finished him off on the ground.

After the fight, Volkov called for a shot at the UFC heavyweight title.