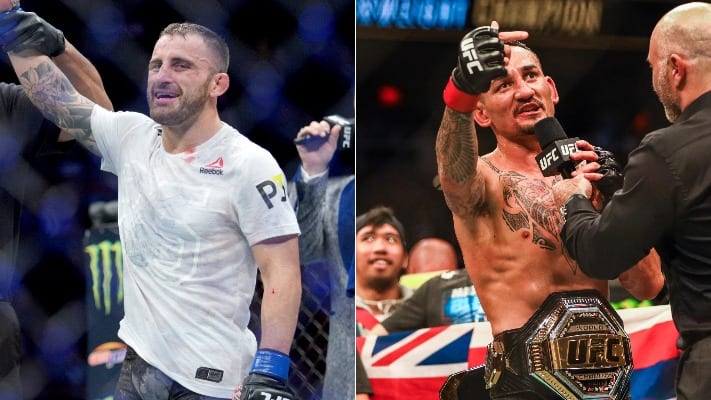 Alexander Volkanovski will finally get his shot at the UFC featherweight championship. Volkanovski will take on Max Holloway for the 145-pound title on a stacked UFC 245 pay-per-view (PPV) card in December.

Recently, Volkanovski claimed that he’s looking past Holloway already, and is extremely confident he’s going to put the Hawaiian away. In fact, the Australian said he believes he’s too much for Holloway to handle. Speaking to MMA Junkie on a media day at UFC 243 this week, Volkanovski clarified his comments.

He noted he wasn’t saying he’s looking past Holloway, but is willing to do everything necessary to become the greatest featherweight of all time. Even if it means fighting “Blessed” twice.

Of course, he’ll face a tough task in Holloway, who has already established himself as the greatest featherweight of all time; with wins over Jose Aldo (twice), Frankie Edgar, Brian Ortega, and more.

What do you think about Volkanovski being willing to fight Holloway twice to become the greatest featherweight of all time?