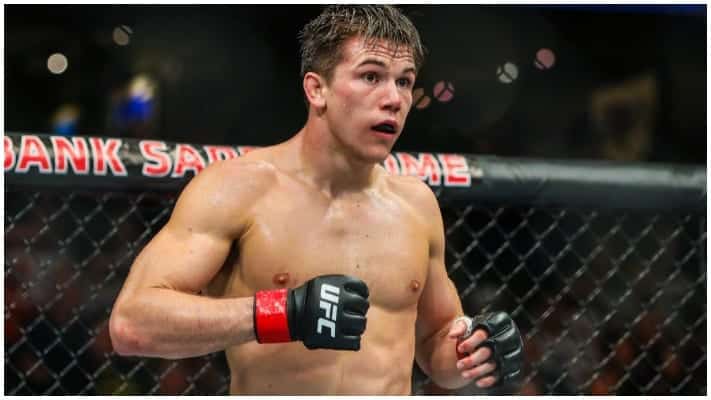 To fans of MMA, one of the fights that stood out beforehand on UFC Vegas 20 was the featured prelim between Alexander Hernandez and Thiago Moises. In hindsight, it was one of the more memorable fights on a relatively lacklustre card.

The fight was a back and forth display of striking prowess from both fighters. It was Moises who took the unanimous decision, much to the shock of Hernandez.

Hernandez has since taken to social media to give fans some insight into the reasoning behind his reaction. He posted a picture on his Instagram account, which had the following caption:

“Silence the commentary, watch this fight, and convince me I didn’t win 2 1/2 of 3 rounds. It’s extremely difficult to rationalize and agree with the outcome, but it is the outcome. Three more fights to come this year. Onward.”

As Hernandez states, regardless of ones thought’s on the decision, the outcome is the outcome. Hernandez must move on from the disappointing loss. He does add that he wishes to fight three more times this coming year, which could very well see him claw a path back into the rankings. His previous fight against Chris Gruetzemacher showcased the potetnial that Hernandez does have. A consistent run at 155lbs could well change Hernandez from prospect to contender.

Do you agree with Hernandez about the Judges scoring? Let us know in the comments.