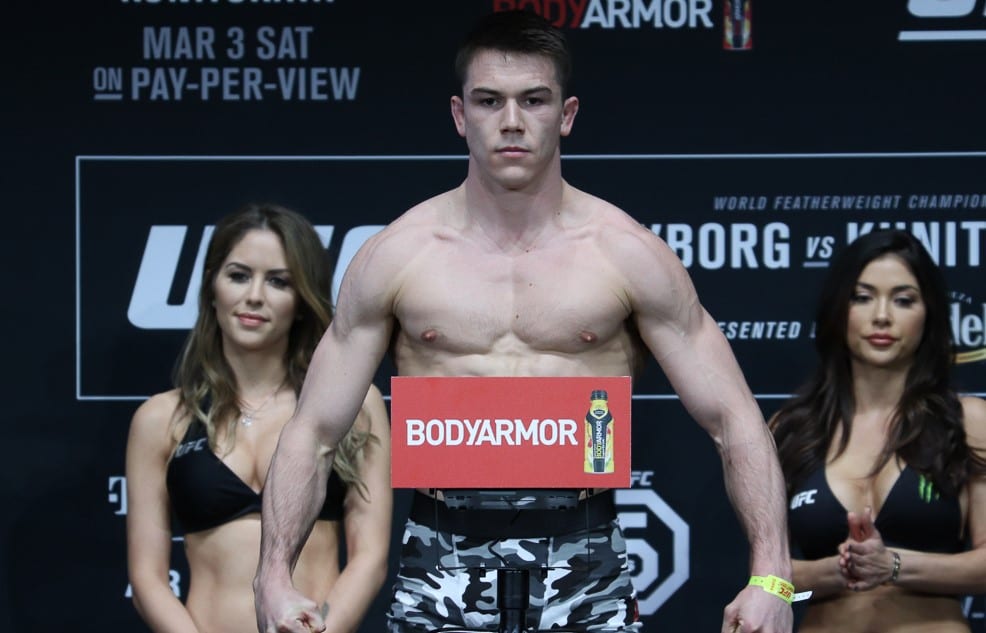 If there is one thing Alexander Hernandez won’t do this weekend, it’s underestimate the age of Francisco Trinaldo.

Hernandez takes on Trinaldo at UFC San Antonio this weekend in what will be his first outing since a knockout defeat to Donald Cerrone earlier in January. “The Great” looked down on Cerrone heading into the fight, going as far as telling him he would send his “geriatric ass yee-hawing back to the stables.”

In the end, it backfired as the 36-year-old Cerrone was able to get a second-round stoppage win over the 26-year-old in what was another case of trash talking gone wrong.

And Hernandez believes the only way he was going to lose that night was against the experience of Cerrone:

“If I was going to lose any way it was from experience,” Hernandez told MMA Junkie. “I’m the stronger, faster and I honestly believe the more technical fighter all around, but it was a lack of composure that was my detriment, my downfall. If there’s anything that guy’s garnered over the last few years it’s tremendous mental composure.

“He presented a true test and I underestimated the most prevalent thing I should’ve been looking out for it. It was an experience point for me and a huge landmark in my fighting career.”

Now back after six months, Hernandez takes on another veteran in the 40-year-old Trinaldo who presents a tough task for anyone in the division. Hernandez, for one, plans on respecting his experience:

“He’s a grimy guy,” Hernandez said. “I don’t think he’s particularly pretty anywhere, but I think he’s pretty solid all around. I think he’s a pretty tough, gritty experienced. I’m not going to underestimate the age or nothing like that, I’m going to respect the fact he’s an experienced veteran.”

Hernandez is hoping a win on Saturday puts him back on track for his goal of becoming a UFC champion — something he hopes to achieve in 2021:

“The goal is still to have the belt in 2021,” Hernandez added. “I win this fight, I get two ranked opponents and I’m looking at a title shot. Especially with the way I fight and carry myself. I don’t see why we can’t stay on track.”

Do you think Hernandez will get back to winning ways this weekend?