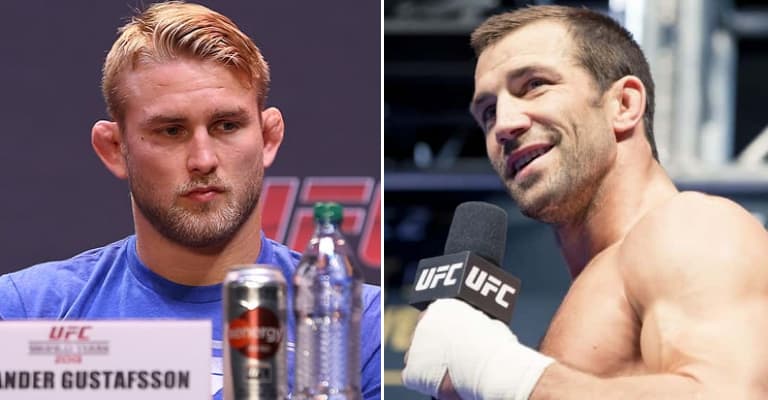 Earlier this week, former UFC middleweight champion Luke Rockhold opened up about his reasons for moving up to light heavyweight for his next bout, describing the weight cut to 185 pounds as simply too draining for him as he aged.

Rockhold said the cut played a part in him not performing his best during his recent knockout loss to Yoel Romero at February’s UFC 221, a fight before which he said he spent several hours in a depleted state.

With weight cutting and its effects a hot topic in MMA, Rockhold made the call that many top fighters have recently and will move to a division much more suited to his natural weight. And when he does, he already has a high-profile dance partner waiting for him.

After his loss to Romero, he was surprisingly called out by former two-time light heavyweight title contender Alexander Gustafsson, who lost to Rockhold’s longtime training partner Daniel Cormier at 2015’s UFC 192. The former Strikeforce and UFC 185-pound champ understandably didn’t take too kindly to ‘The Mauler’s’ impromptu callout, saying he was ‘coming for that ass’ earlier this week.

Gustafsson apparently got word of it as well, and he issued a response on Twitter calling Rockhold ‘chinny’ earlier today:

@LukeRockhold . Heard u coming for me.. Can’t ask for more .chinny as middle weight. KO’d as a LHW. Fool yourself to believe its the weight cut.

“”The Mauler” had previously hinted he may move up weight classes himself to avoid fighting friends and teammates Jimi Manuwa and Ilir Latifi, yet it seems like he’s willing to wait at 205 for Rockhold to make his debut.

There’s little doubt Rockhold would have a significant test on his hands in the top-ranked Gustafsson, who knocked out Glover Teixeira in a scintillating “Fight of the Night”-winning affair last May before undergoing shoulder surgery.

Rockhold has also been linked to a trilogy bout with rival Michael Bisping, who is rumored to be retiring and infamously ripped the title from Rockhold’s hands at UFC 199. But if he’s serious about a move up to light heavyweight, the ‘Mauler’ fight would be an immediate proving ground to find out if it was the weight cut affecting his recent effort.

Is this the best fight to make for Rockhold’s light heavyweight debut?